10 CFB programs ready to knock Alabama off its throne

For years, the Alabama Crimson Tide have reigned supreme over the college football landscape. Under head coach Nick Saban, the Crimson Tide has won five national championships in the last decade.

Alabama’s dominance culminated last season with their fifth title under Saban. Now as the 2018 college football season approaches, the Crimson Tide are poised for another dominant season.

It comes as no surprise to see Alabama as heavy favorites to win the national title. Of course, it will play with a major target on its back this coming season. 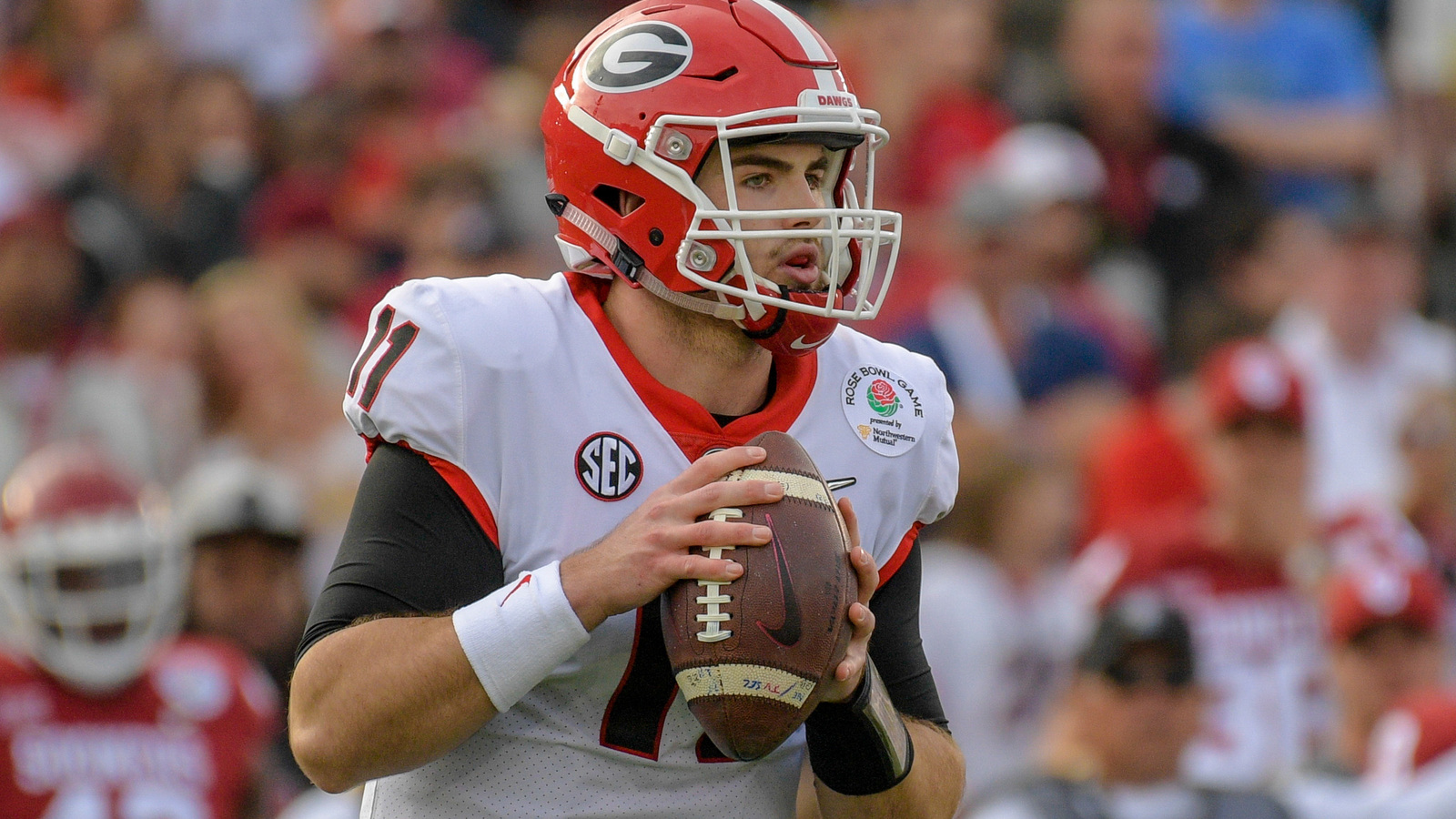 Of course the University of Georgia has to be talked about as a contender to take down the reigning champs. The Bulldogs came within one play of overcoming the Crimson Tide in overtime. Then after their season ended in heartbreak, they pulled in the best recruiting class in the nation.

Leading the charge will be sophomore quarterback Jake Fromm, who shined as a freshman with a 160.1 quarterback rating, 24 passing touchdowns and just seven interceptions. He should be fully recovered from his broken hand and ready to be a difference maker when the season kicks off.

While Georgia lost Raquon Smith, Sony Michel and Nick Chubb to the NFL Draft, it added seven five-star recruits in the 2018 recruiting class and could see breakout seasons from wide receiver Riley Ridley and running back D’Andre Swift. On defense, cornerback DeAndre Baker is one of the top draft prospects in the country.

The Bulldogs’ roster is packed with young talent. Pair it with experience from last season, a desire to get revenge against their SEC rival 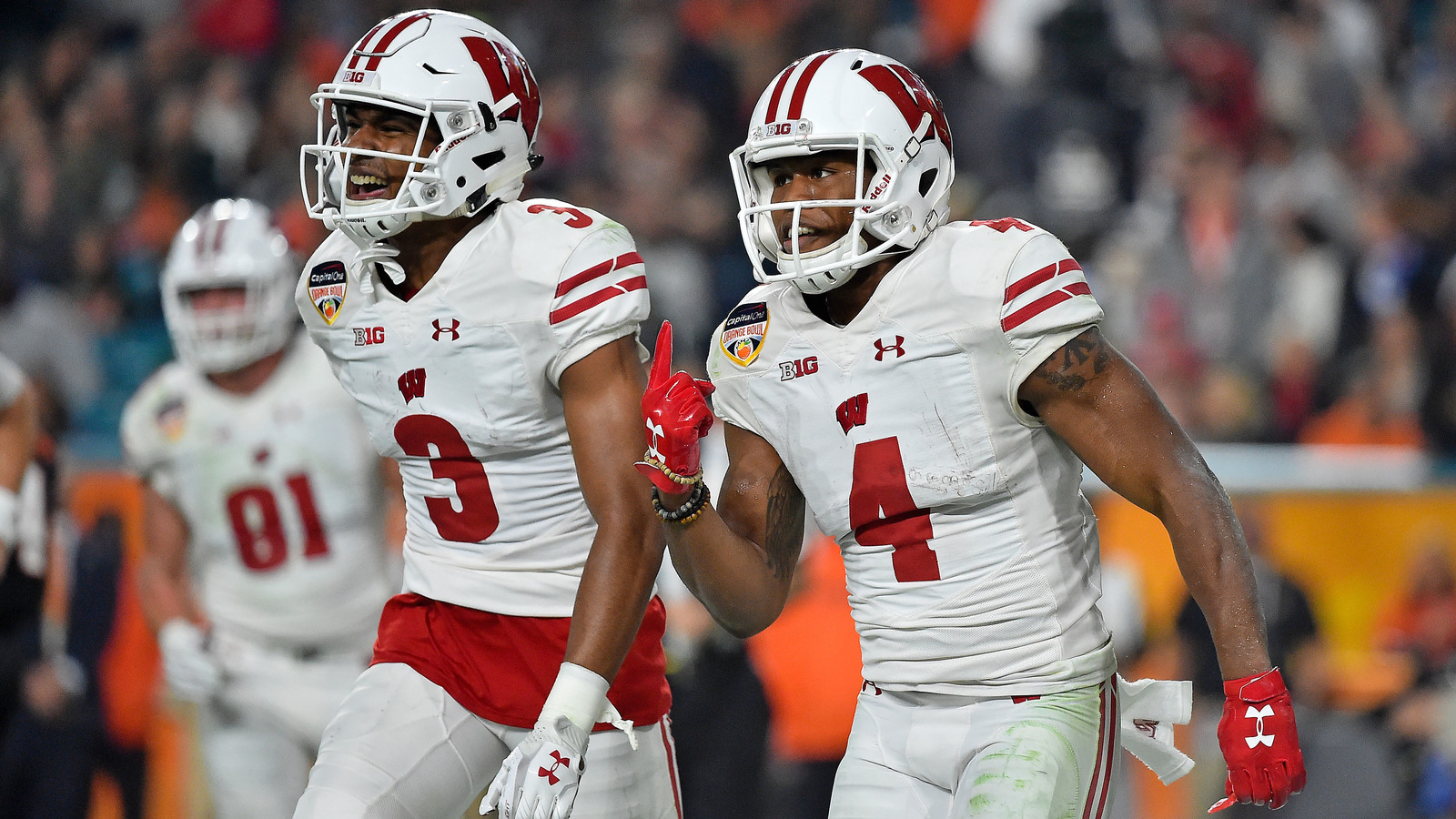 Last season provided Badgers fans with a taste of greatness. The team carried an undefeated record into December, but then a matchup against Ohio State University threw dreams of perfection into a blender.

Fortunately, Wisconsin returns to the 2018 season with many of its stars still on campus. Sophomore running back Jonathan Taylor was one of the best backs in the country last season and is a top-five candidate for the Heisman Trophy. Pair him with junior quarterback Alex Hornibrook, who Wisconsin hopes can be more efficient this offseason, to give the Badgers a playoff-caliber offense.

If senior linebacker Andrew Van Ginkel can step up in a more prominent role and Wisconsin can win consistently in the trenches, this could be the squad that finally wins the Big 10 Championship Game. From there, the Badgers would finally get their shot against the Crimson Tide. 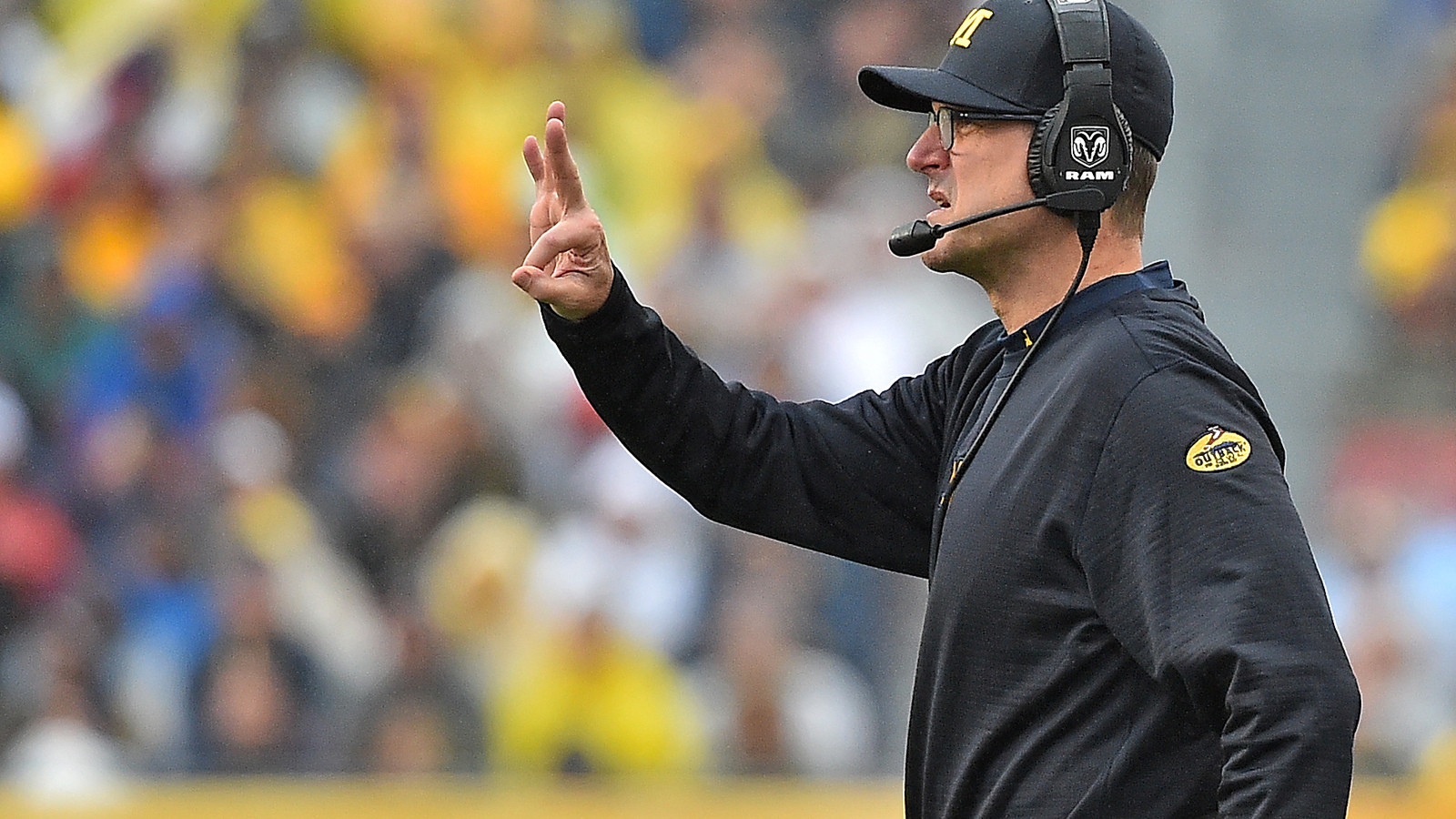 Shea Patterson is officially a Wolverine and it could have a significant impact on college football. After struggling for years to find his quarterback to build an offense around, Jim Harbaugh now has his man.

Michigan’s defense is already loaded with multiple first-round caliber prospects. Rashan Gary will help make the Wolverines’ front seven one of the best in the nation and a defense capable of competing for a national title.

If Michigan’s offense can take a step forward with continued improvement from senior Karan Higdon, this team can win its first conference title since 2004. If Patterson delivers on the Heisman hype, this team could be a dark horse for the national title. 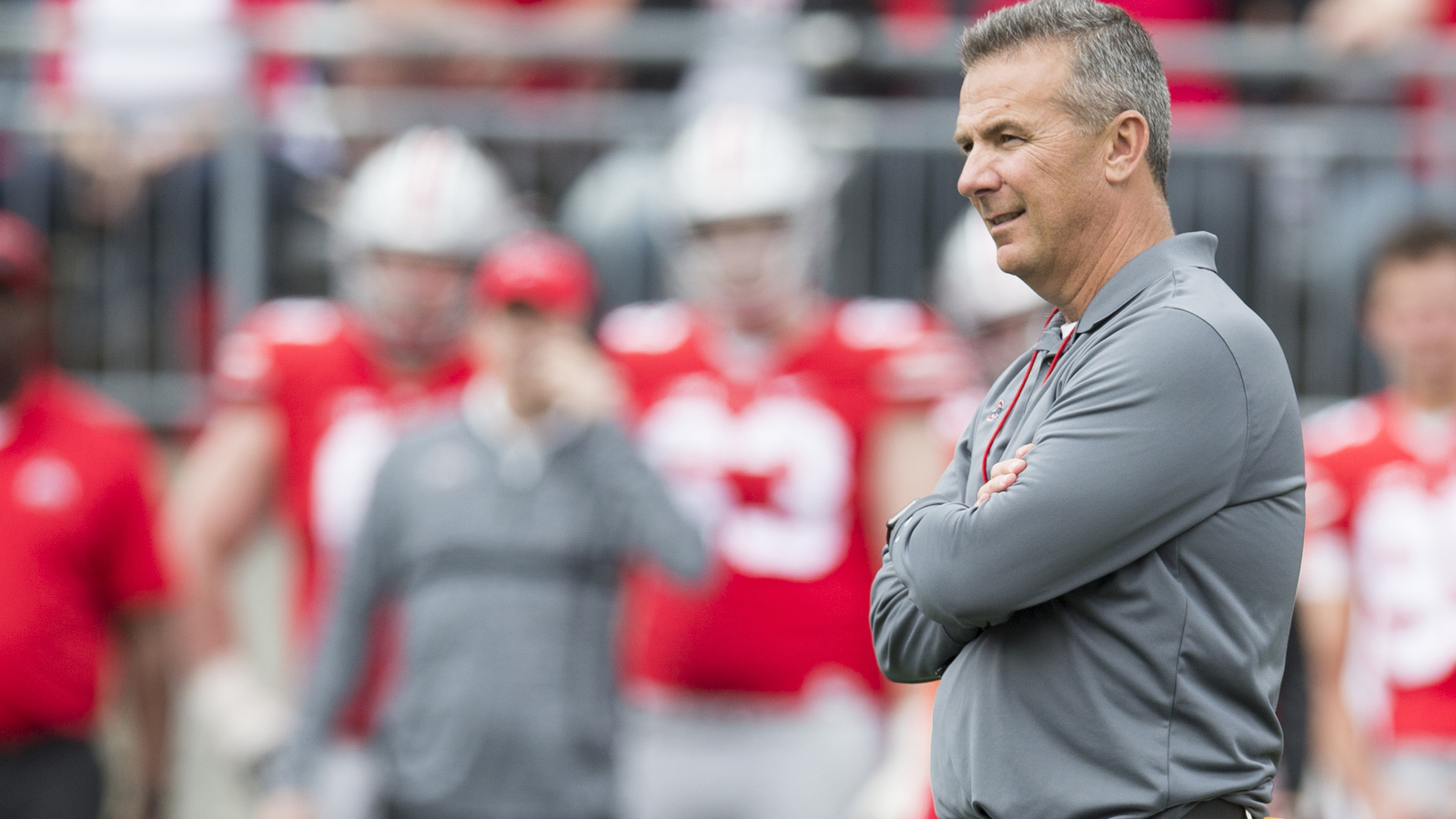 Ohio State enters the 2018 season loaded with potential offensively and defensively. Urban Meyer is one of the best coaches in all of college sports and he’ll have plenty of talent to reach great heights this season.

Redshirt sophomore Dwayne Haskins is set to take over the offense. One of the best quarterbacks in college football entering the season, he’ll pair up with sophomore running back J.K. Dobbins to give Ohio State a backfield of playmakers.

The Buckeyes’ offense should take a step forward with the change at quarterback. As long as it does, it will be complemented with one of the best defenses in the country. Anchored by Nick Boss on the defensive line, Ohio State has the star power on both sides of the ball to take on the Crimson Tide. 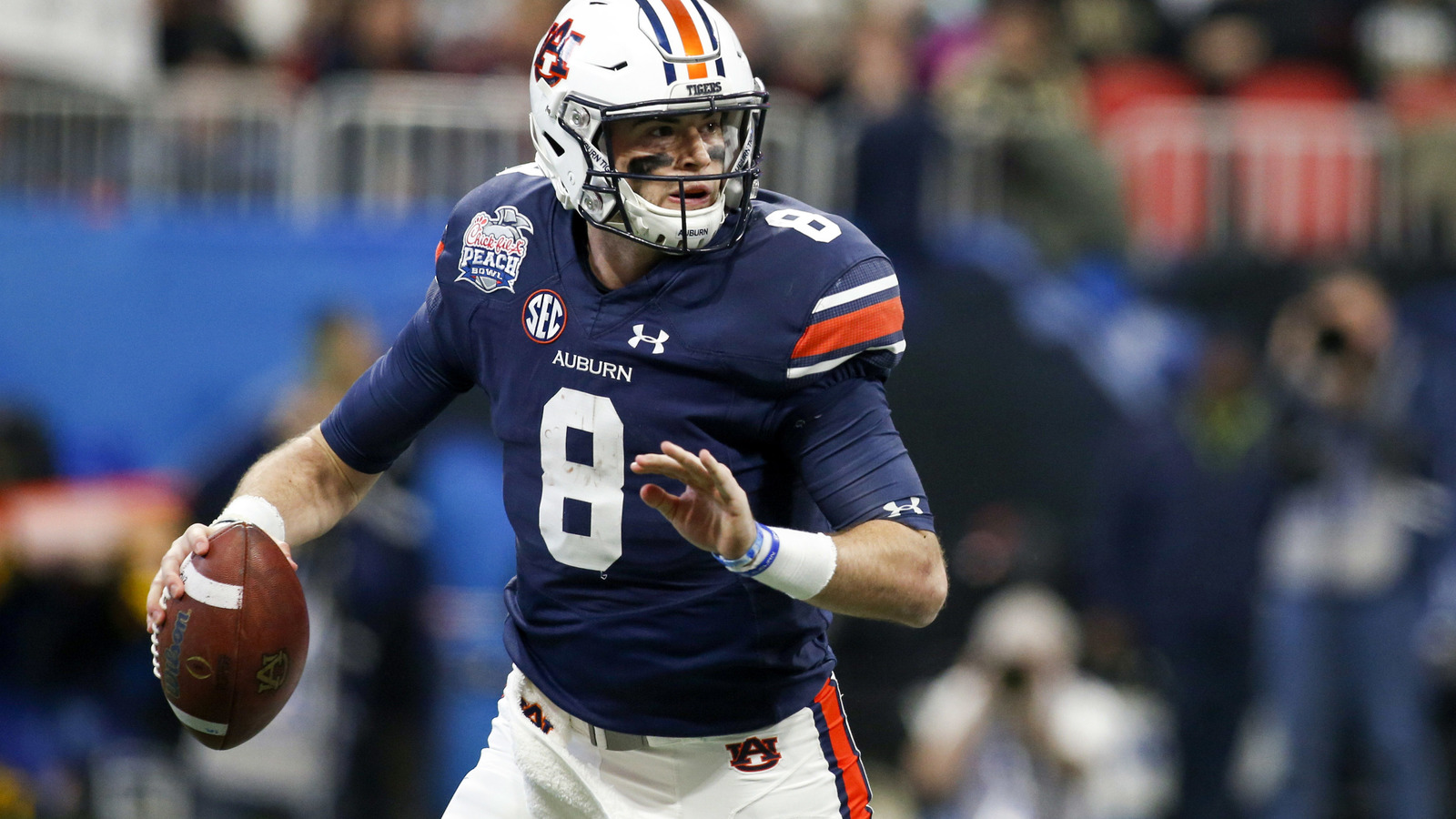 The only team to take down the Crimson Tide last season, Gus Malzahn’s team once again comes in ready to compete for an SEC title.

Quarterback Jarrett Stidham provides the Tigers with a quarterback who can take out Alabama. We’ve seen great quarterbacks make the plays required to edge out Alabama and Stidham is capable of making those plays.

While the Tigers’ running game lost Kerryon Johnson and Kamryn Pettway, expectations are high for running back Kam Martin to lead the new committee. Auburn also has a strong defense, which should allow it to stay competitive in the SEC.

Auburn’s biggest question and the one that could prove fatal specifically against Alabama, is the offensive line. This group ran into major problems last season allowing penetration and how they execute this season will determine how high the Tigers can climb. 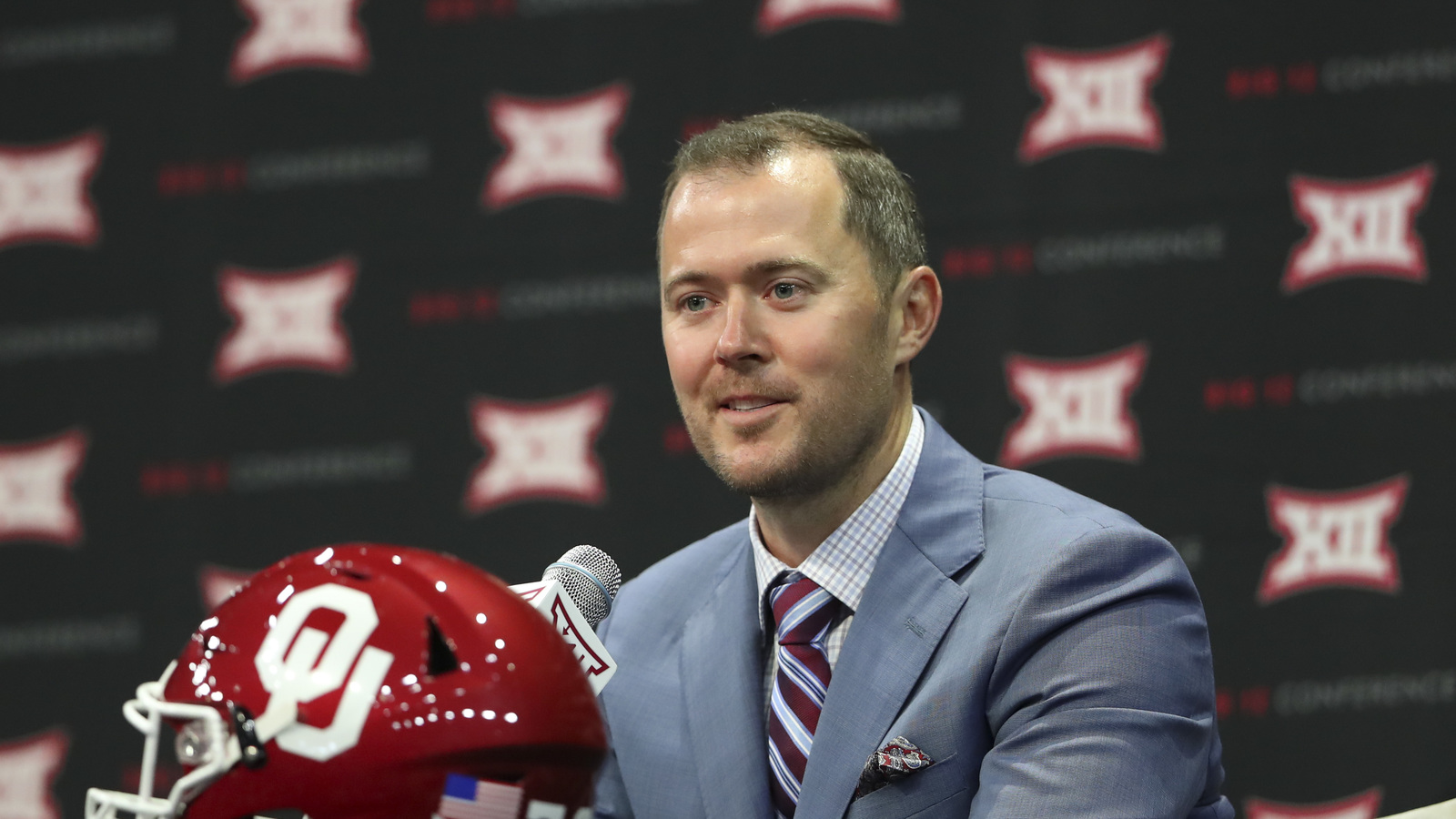 Oklahoma has its young innovator in Lincoln Riley whose play calling and schemes can work against the Crimson Tide. This season, the question surrounds if the Sooners have the quarterback who can execute the offense efficiently.

Kyler Murray, who was drafted ninth overall by the Oakland Athletics, will be playing his last year of football. The 20-year-old should take this opportunity to prove himself as a top quarterback. After Murray attempted just 21 passes last season, 2018 will be the year he must demonstrate the raw arm strength is more than just a projectable tool.

Outside of Murray, everything else is relatively set in place to compete for a national title. The Sooners have one of the best receiving corps in the country, a strong offensive line and a defense that won’t collapse. Murray can make plenty of plays with his legs and that can be effective against the Crimson Tide. In order to beat them though, he’ll need to make great strides as a passer.

“The U” is very close to returning to national prominence. We saw flashes of it last season with a 10-0 start, then the Hurricanes turned into a sprinkler with three consecutive double-digit losses to end the season.

Malik Rosier shows moments of greatness, but his turnovers seemed to come at the worst times last year. If he can’t step up, former four-star recruit N’Kosi Perry will be waiting behind him, ready to try and push this offense over the top.

Fortunately, the turnover chain will be back in 2018 and one of the best defenses in the nation will come with it. Miami’s opportunistic defense can provide the big momentum swings teams need to beat Alabama, now all they need is consistent quarterback play to make them a serious playoff threat. 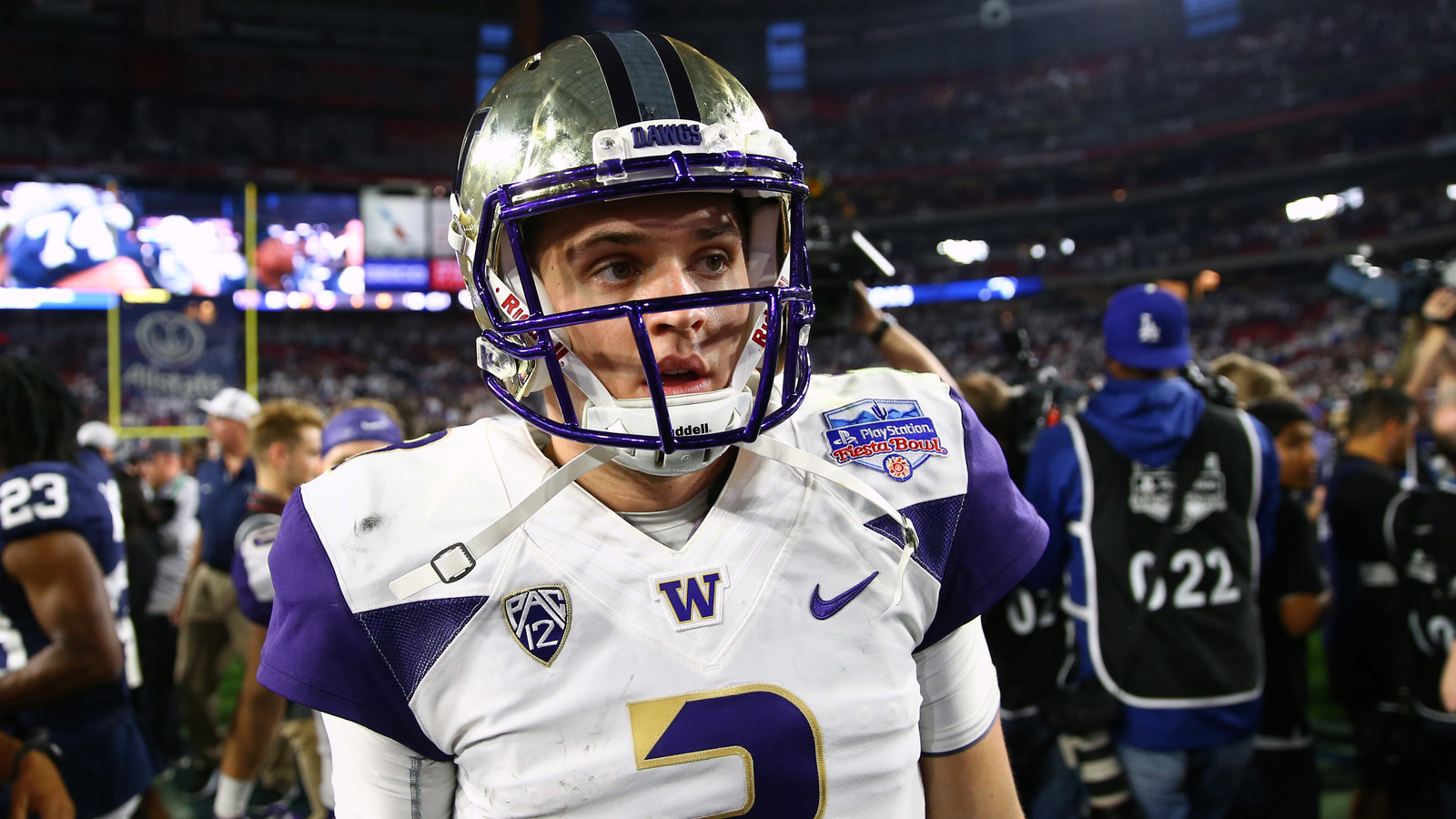 Coming off a 10-win season, the Huskies will be trying to get over two critical conference losses and a disappointing season from quarterback Jake Browning. A team that didn’t deliver on its hype from last season, it will be looking to turn things around this year.

There’s plenty of reason for optimism, especially for the Huskies’ offense. Browning excelled as a sophomore with 43 touchdowns, a 167.5 quarterback rating and only nine interceptions on 391 attempts. He is capable of a run at the Heisman Trophy, especially with the return of receiver Chico McClather and star running back Myles Gaskin.

Realistically, this team could be significantly improved from what Washington fans witnessed last season. The defense is better, its offensive stars are back and Chris Petersen is one of the best coaches in college football.

The Huskies have all the ingredients to challenge the Crimson Tide, they’ll just need Browning to deliver Heisman-caliber moments. This could finally be the year it all comes together in Washington. 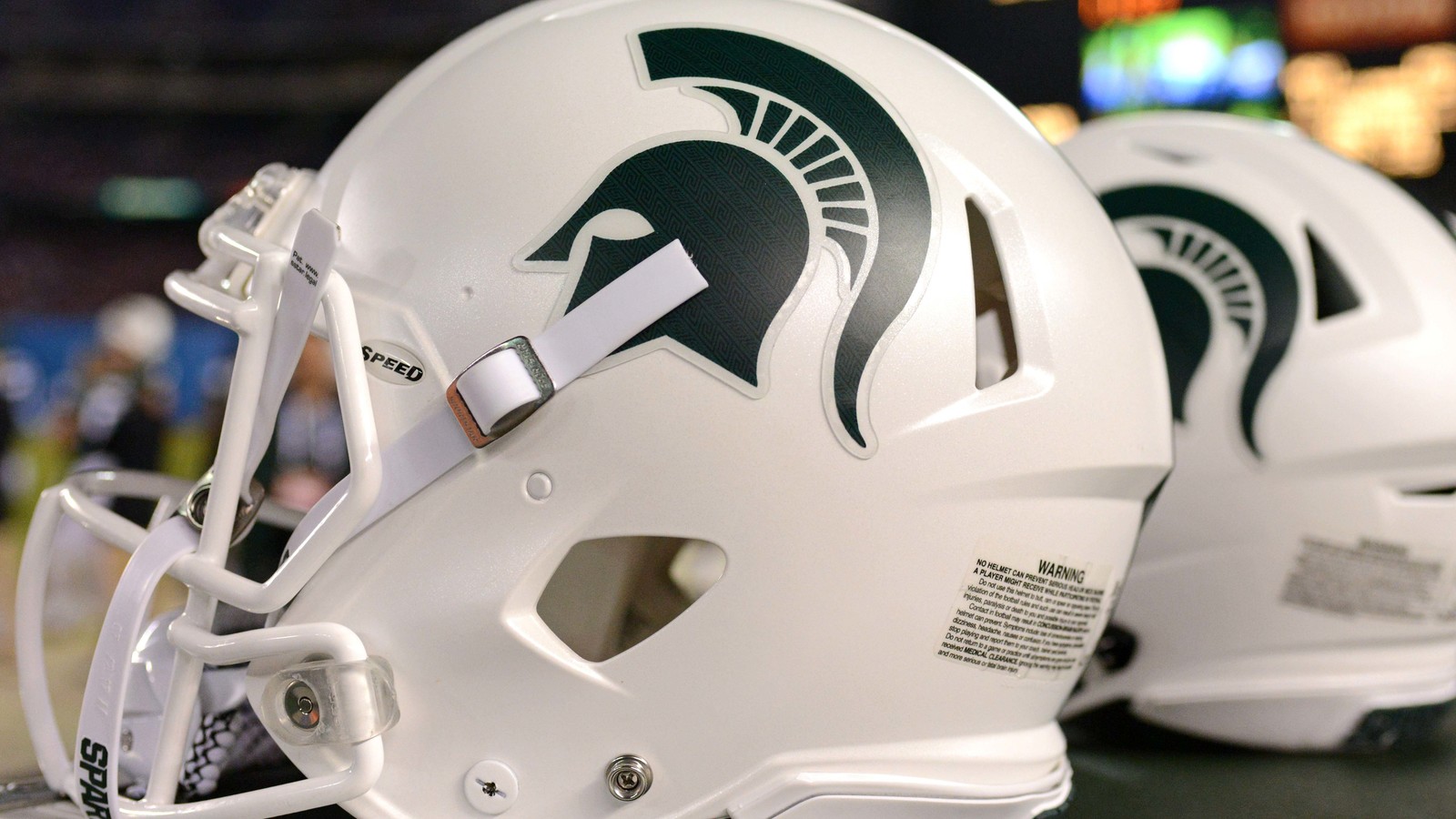 Now with more experience, especially in big games, a young Spartans team becomes a serious threat in 2018. The passing attack should be excellent with a great receiving corps and further improvements made by quarterback Brian Lewerke.

Michigan State has the defense to compete with the Crimson Tide, keeping the game close and limiting Alabama’s offense. What the Spartans will need is senior running back LJ Scott to repeat the success he had in 2016, so this run-heavy attack can become a dominant offense. 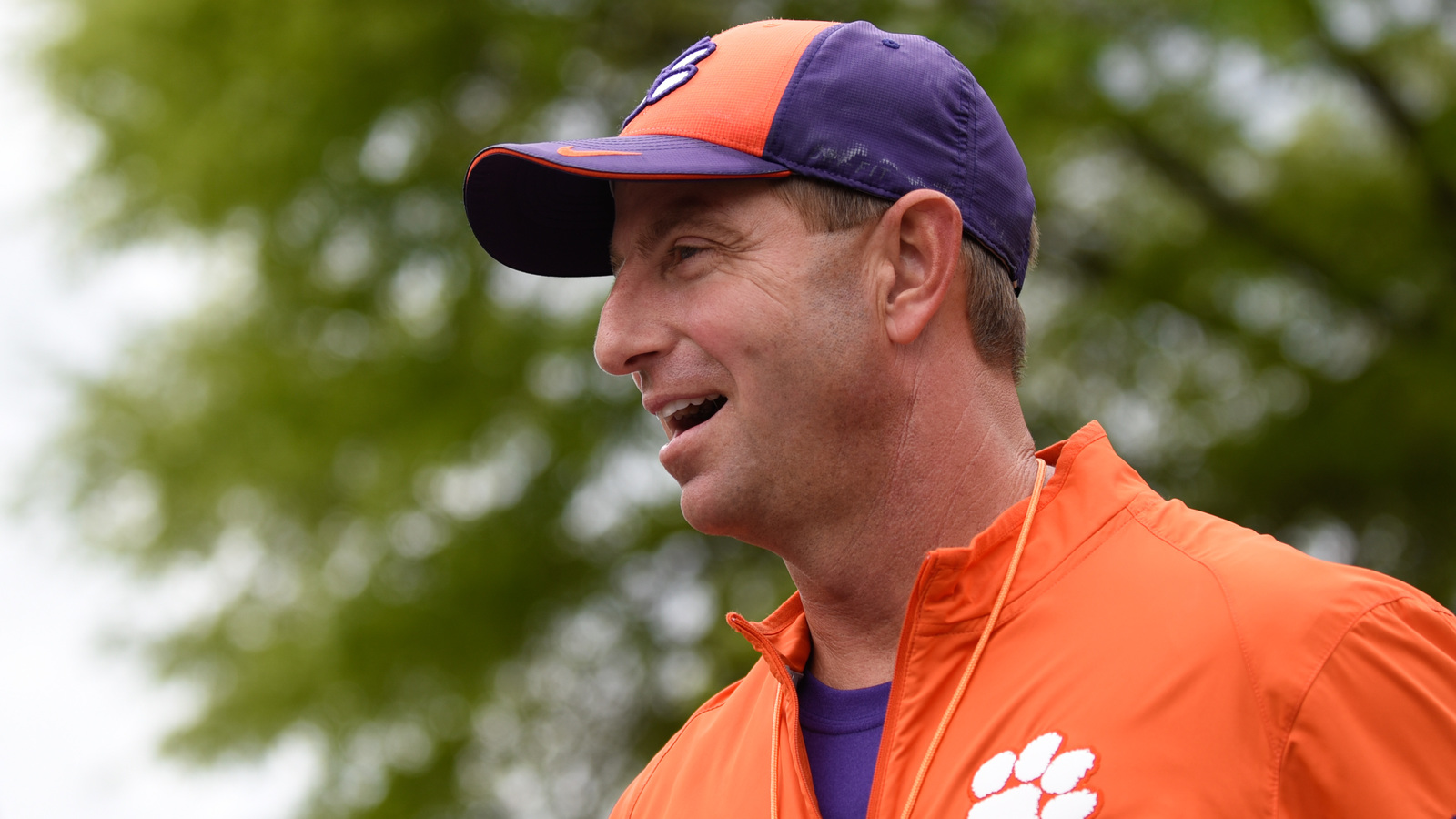 Clemson is the favorite to end Nick Saban’s run at the top and not just because they were the last team to knock off Alabama in the national championship. When talking about the best teams in the country on both sides of the ball, Clemson belongs right at the top of discussions.

It all starts on defense with one of the best defensive lines in recent memory. Christian Wilkins, Dexter Lawrence, Austin Bryant, Albert Huggins and Clelin Ferrell can create havoc for any opponent they face, including Alabama. Meanwhile, Clemson’s linebacker corps is also loaded and the secondary has players capable of All-ACC nominations.

All of it will come down to the offense, which is easy to feel good about thanks to head coach Dabo Swinney. Quarterback Kelly Bryant is very capable of leading this team, but five-star freshman Trevor Lawrence could take over and excel at any moment.

Clemson is loaded at wide receiver and has a running game capable of wearing down defenses. The Tigers have everything required to knock off Saban’s crew and they’ve shown before they can do it. Put it all together and you have the team that will beat Alabama this season.

How do you feel about this post?
Happy (0)
Love (0)
Surprised (0)
Sad (0)
Angry (0)
Tags:
alabama crimson tide football
Alabama Football: After the Cookout what is next i...
Alabama Football: John Parker Wilson, Rashad Johns...

AL.com All-Access: Who is your favorite college football player ever?

Danny Sheridan on state-sanctioned sports gambling: ‘Alabama is pathetically in the dark ages’

Mark Ingram Sr. could be headed back to prison