10 college football players primed to break out in 2018

We already know the established superstars of the 2018 college football season, but there’s a group of breakout performers ready to thrive.

Although some are recognizable names, they’ve previously either not held a major long-term role or not produced in an all-conference manner. Circumstances have changed in a positive way for these players.

Success isn’t guaranteed, but the situation entering the campaign is favorable for an emergent year. 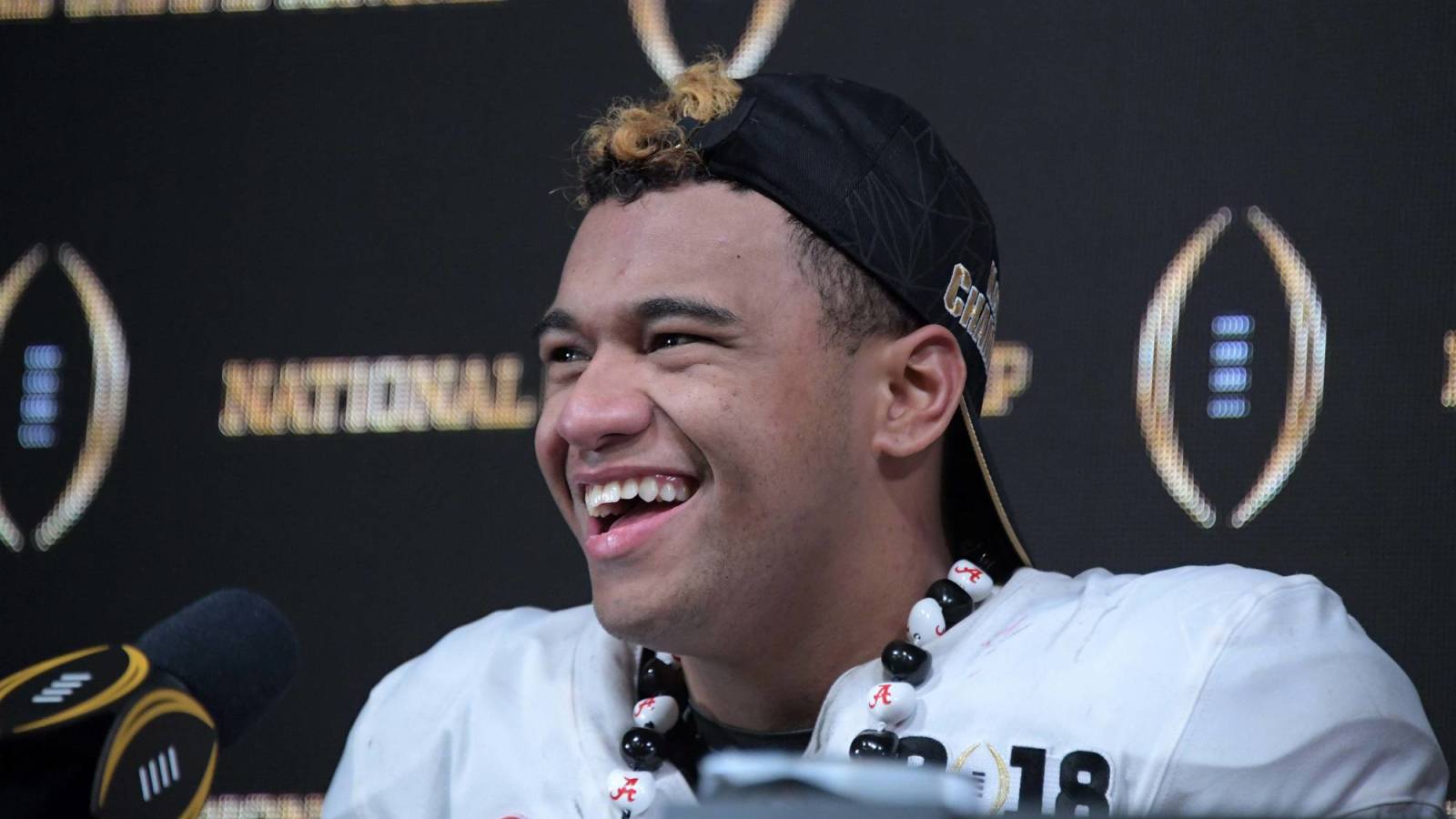 Anyone who watched the national title game is familiar with Tua Tagovailoa, but he still only has 77 career pass attempts. While the left-hander is engaged in a competition with Jalen Hurts, it’s a safe bet Tagovailoa will be a regular contributor for Alabama if healthy. He thrived in limited action last season, posting a 63.6 completion percentage with 636 yards and 11 touchdowns to two interceptions. The Crimson Tide will rely on Damien Harris, Najee Harris and the running game, but Tagovailoa has proved he can be a difference-maker as a passer. 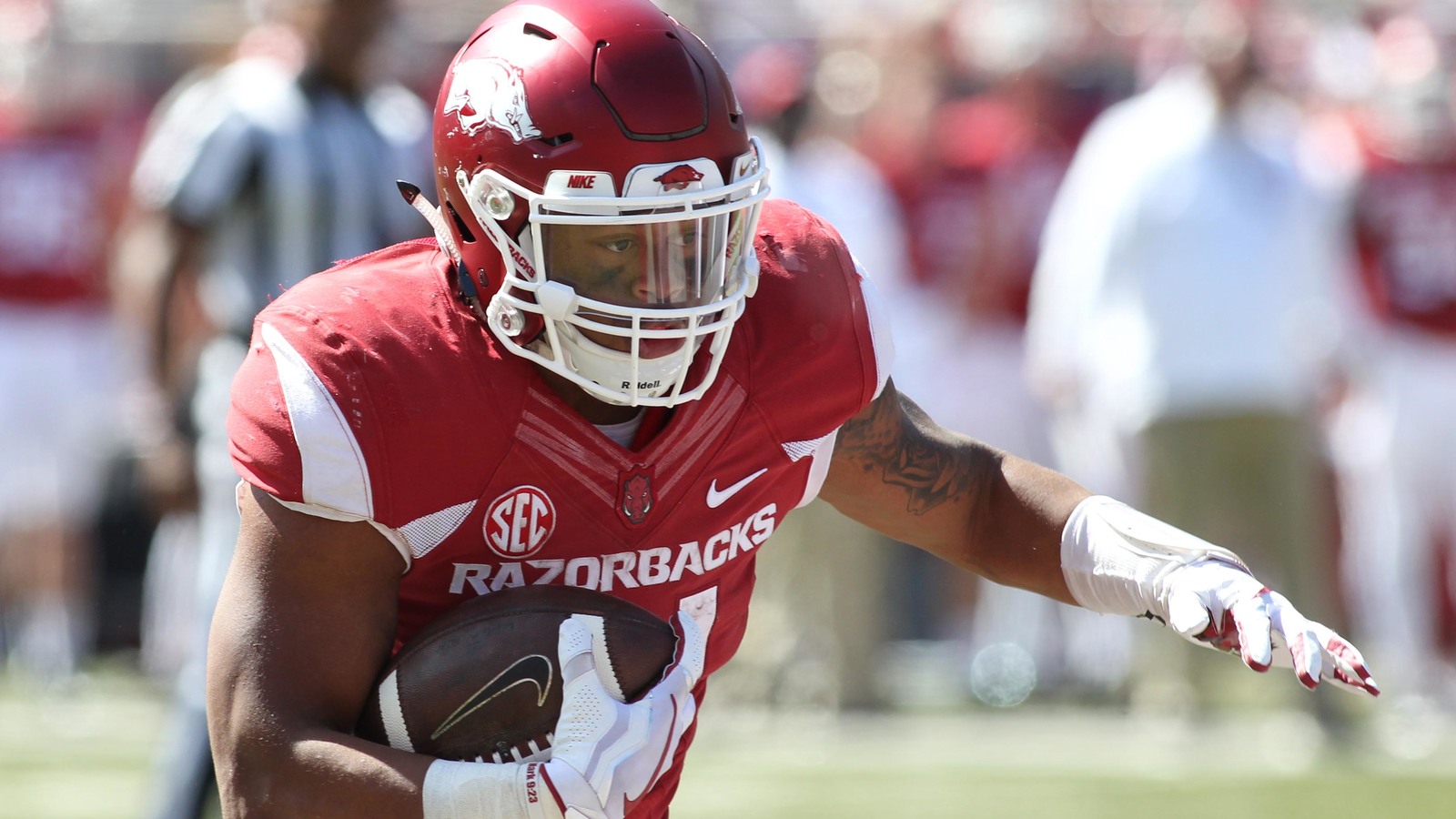 When news broke Rawleigh Williams III would be retiring from football, Devwah Whaley had 600 yards as a freshman backup, so he seemed primed for a huge 2017. However, that didn’t happen. He managed 559 yards and seven touchdowns, averaging 4.4 yards per carry. Fellow runner David Williams collected 656 yards and eight scores — but now he’s graduated. Additionally, new head coach Chad Morris brings a better offensive system. The combination of a larger role with an improved scheme should help Whaley reclaim the promise he showed in 2016. 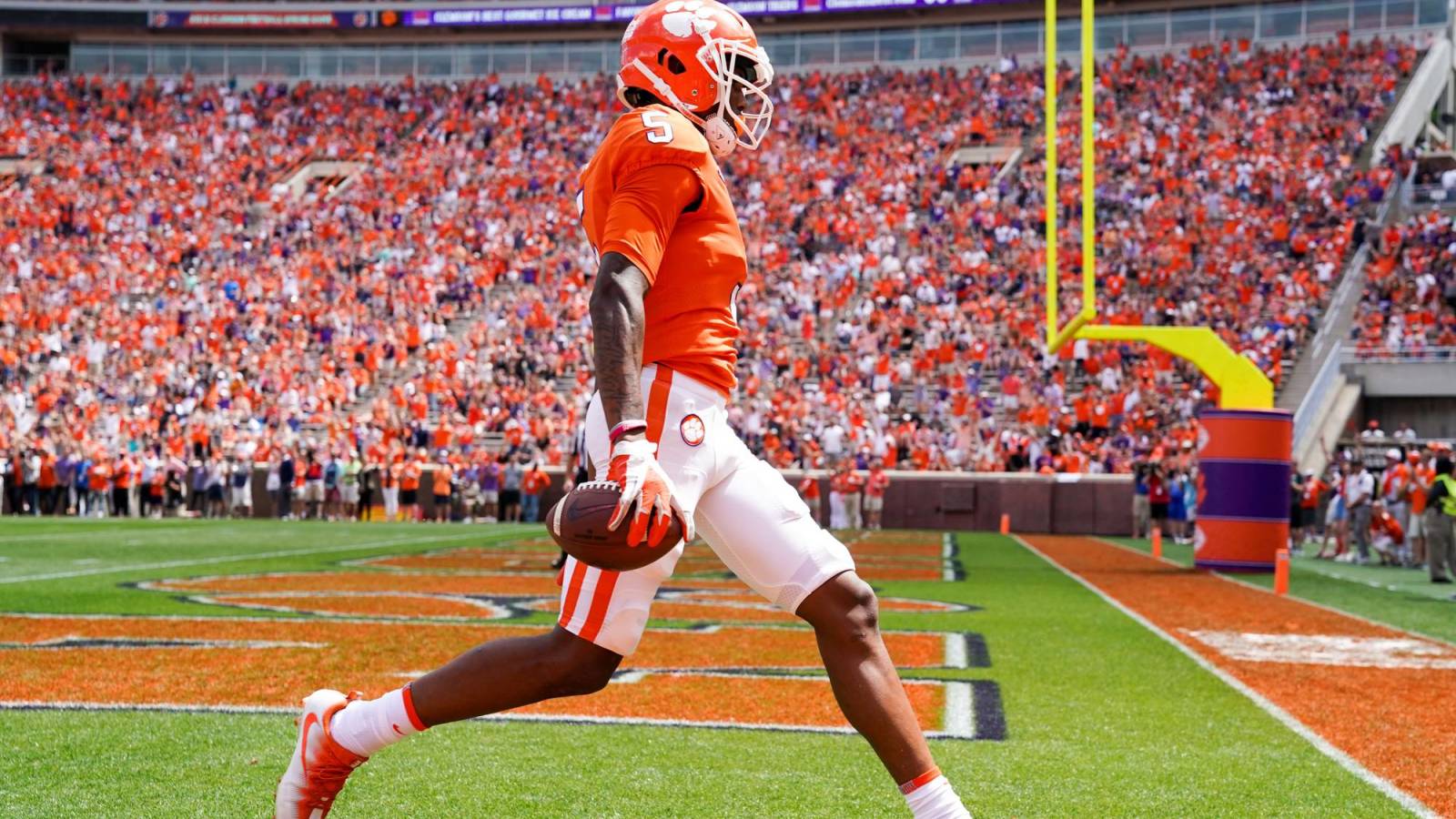 Tee Higgins earned snaps as a freshman, turning in a respectable line of 17 receptions, 345 yards and two touchdowns. That was good experience, but now he needs to be a leader. The Tigers must replace Deon Cain and Ray-Ray McCloud, who combined for 107 catches, 1,237 yards and seven scores. Good thing Higgins seems prepared for a featured spot, since he snagged four passes for 118 yards and two touchdowns during the spring game. Higgins should be Clemson’s premier big-play wideout this season — especially if Trevor Lawrence is at quarterback. 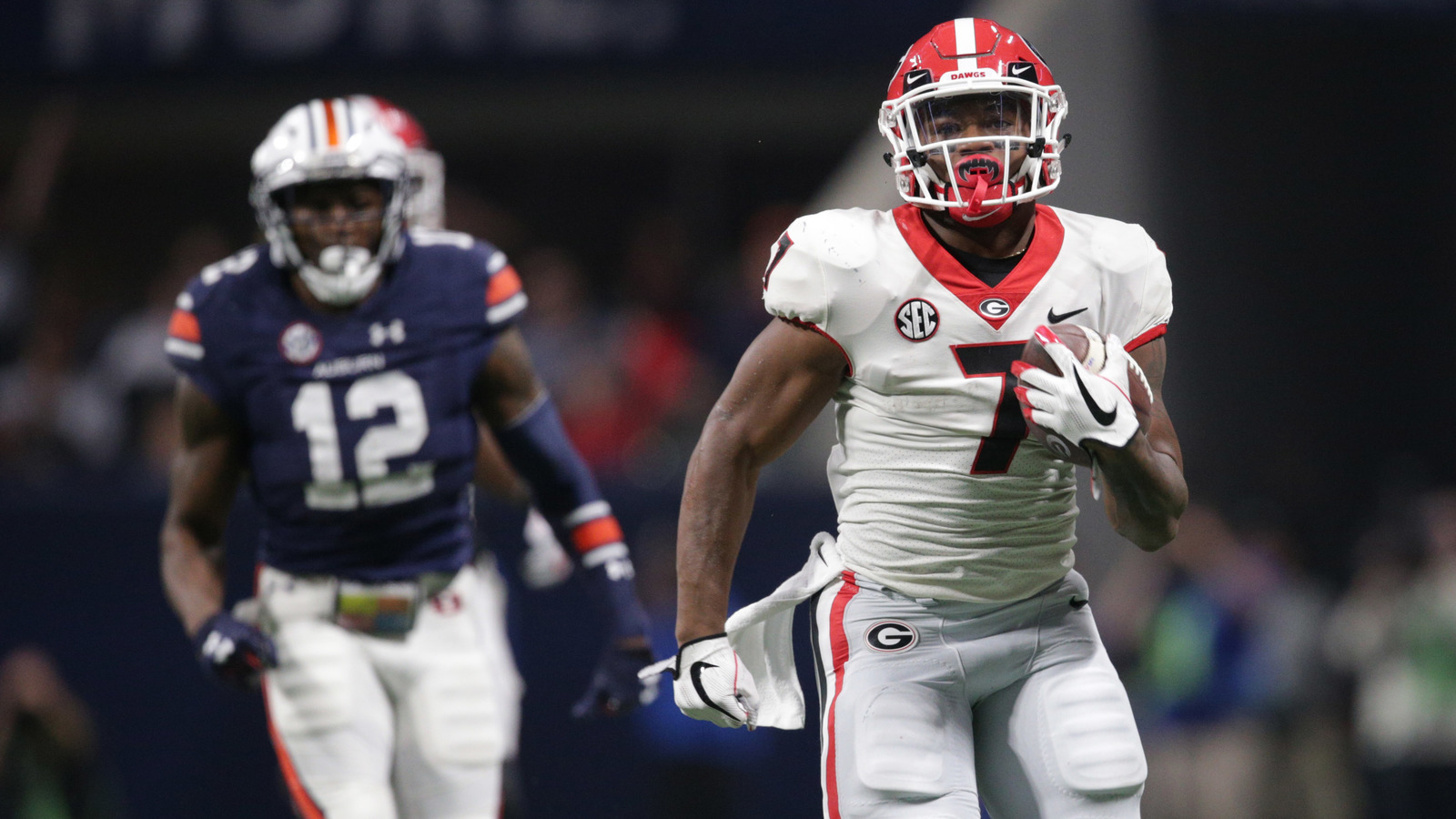 Poor D’Andre Swift. As the third-string running back in 2017, he watched Nick Chubb and Sony Michel pile up 2,572 yards and 31 touchdowns on the ground. Swift could only muster 618 yards and three scores. It’s his time to shine. Not only does he have All-American talent, Georgia returns four of its starters on the offensive line. Expectations are justifiably high for the rising sophomore, who cranked out eight 20-plus-yard runs in only 81 carries last season. Swift has a legitimate opportunity to contend for the Heisman Trophy this season. 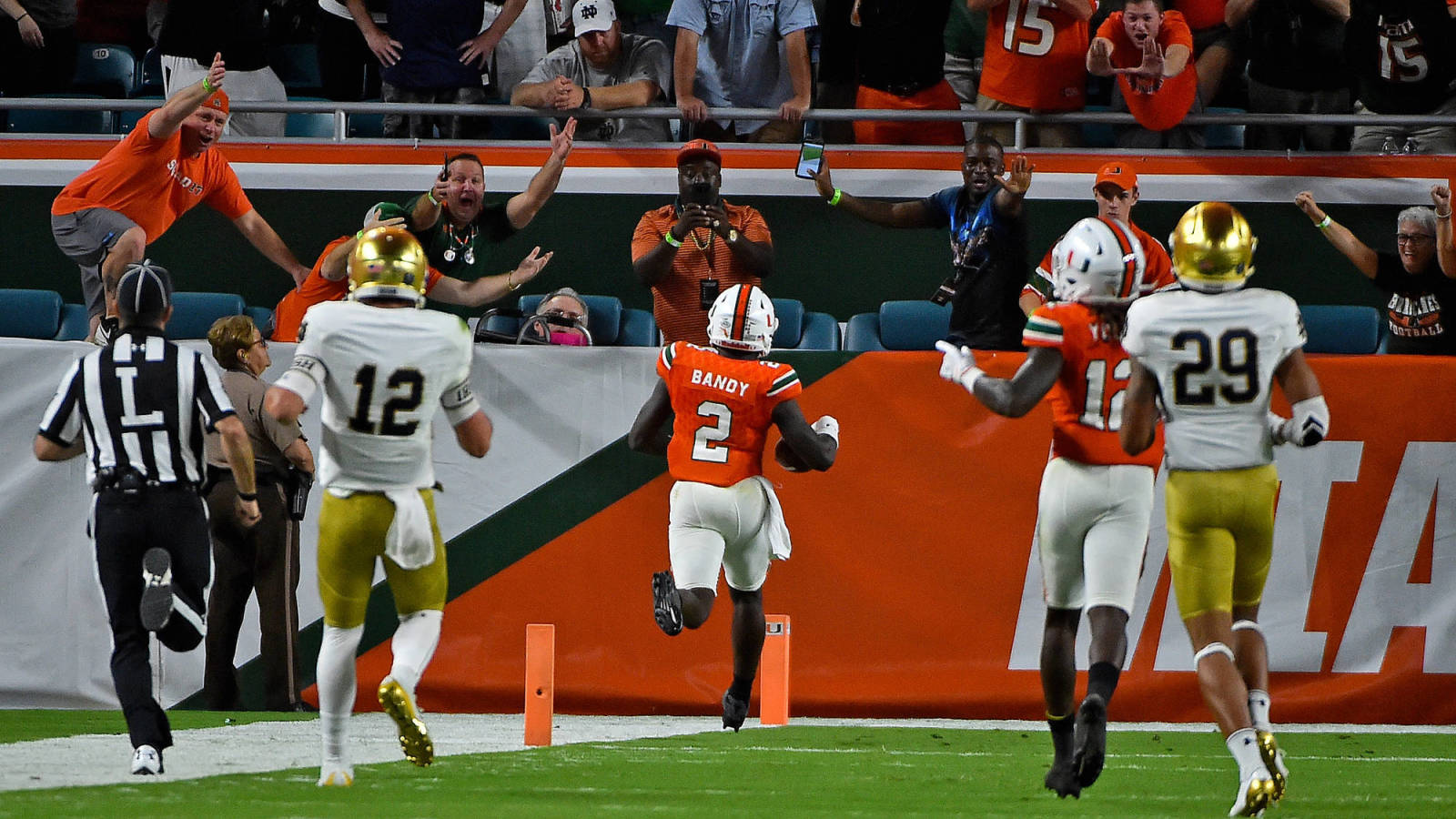 When the volume of Hard Rock Stadium crowd peaked during Miami’s walloping of Notre Dame, it was Trajan Bandy who provided the energy. The cornerback jumped a slant route and returned the interception 65 yards to the house. There should be more pick-sixes in his future. While it’s disappointing Malek Young can no longer play due to a career-ending neck injury, that means Bandy will be a starter. He gathered 25 tackles and six pass breakups as a reserve, and those numbers will rise in a larger role. Bandy should become more familiar with the Turnover Chain, too. 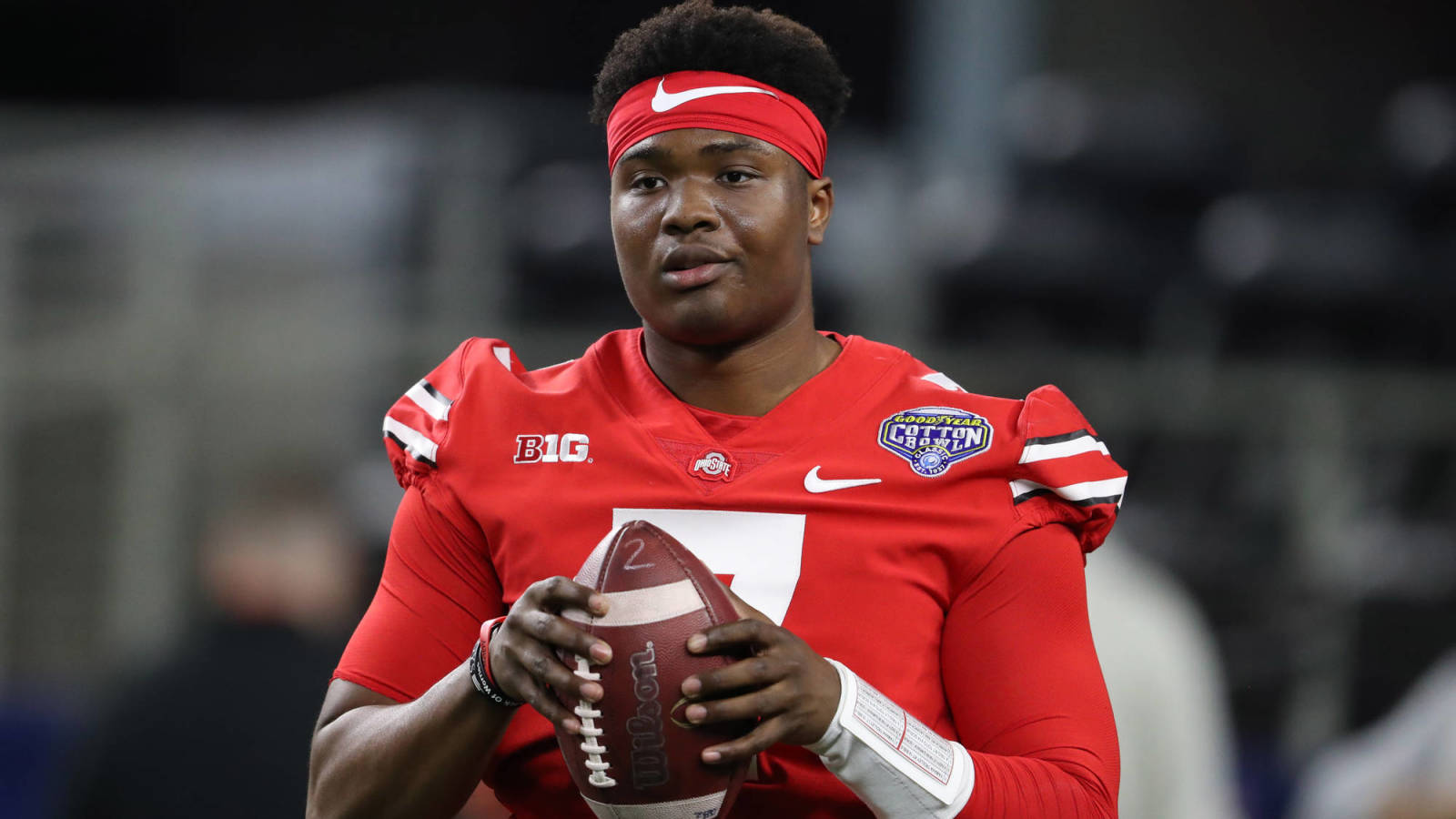 Ohio State has become a perennial force under Urban Meyer, but fans are understandably tired of quarterbacks who are below-average passers. While the season totals for J.T. Barrett looked great, he consistently labored against top competition late in the year. Dwayne Haskins offers hope of real change. He completed 70.2 percent of his 57 attempts in 2017, including a 6-of-7 mark while leading the Buckeyes to a comeback win over Michigan on the road. Ohio State will excel in 2018, and Haskins will keep the offense balanced regardless of opponent. 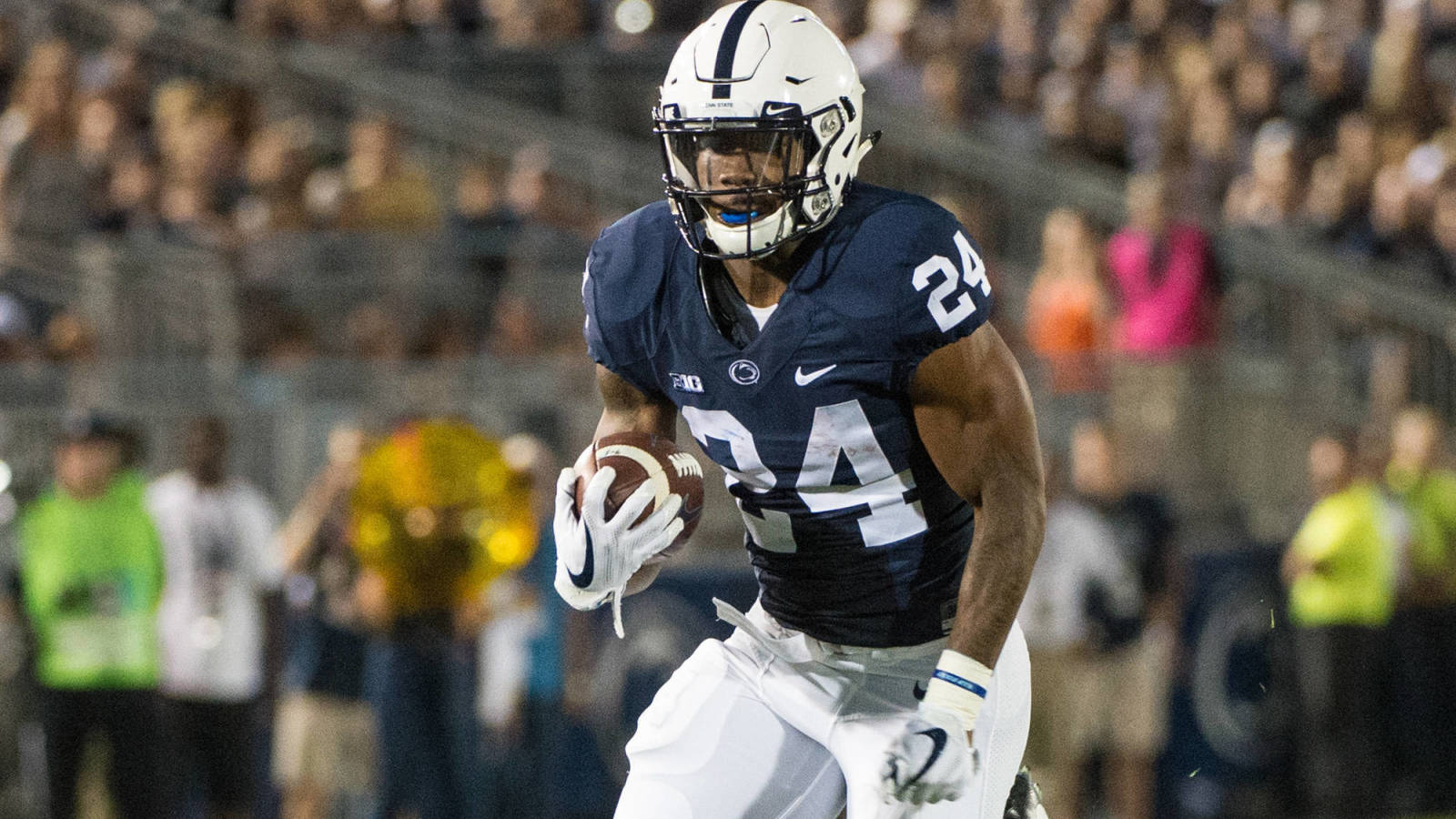 Normally, a prized recruit serving as the backup running back handles a decent share of carries. He needs reps before absorbing the No. 1 role, right? In Miles Sanders’ case, since that would’ve involved taking Saquon Barkley off the field, we understand. But now he’s playing in the NFL, and Sanders is Penn State’s lead runner. He averaged 6.7 yards per carry during his first two years, and the returning offensive line is experienced. No, he probably won’t match Barkley’s production, but Sanders has All-Big Ten upside during his first season as the starter. 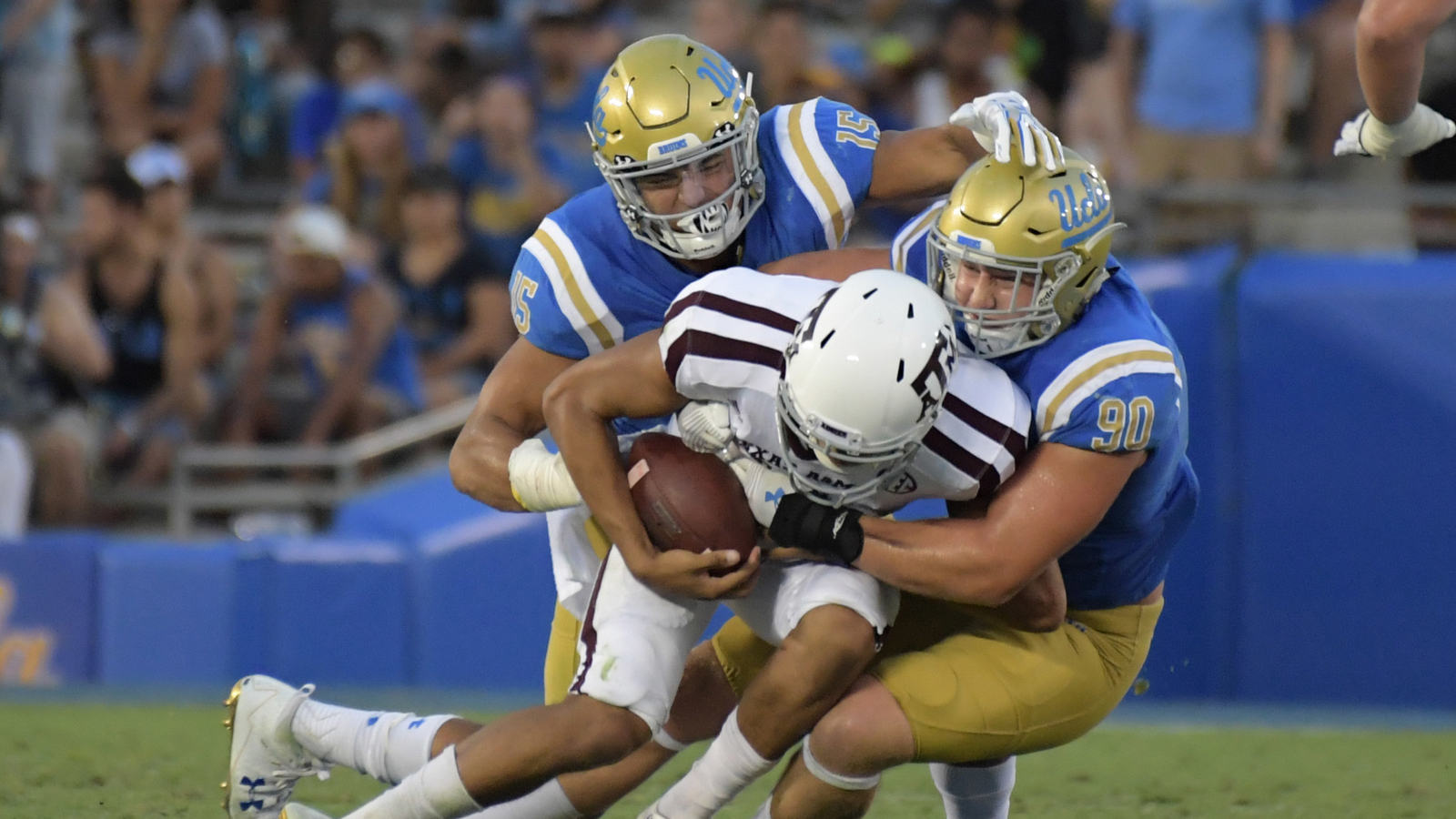 UCLA fans might want to put Jaelan Phillips in bubble wrap. After missing six games of his freshman campaign due to injury and undergoing surgery this offseason, the talented defensive end has spent more time recovering than practicing. But when he’s available, Phillips is a special player. He recorded 21 takedowns with seven stops for loss and 3.5 sacks last season. The latter numbers ranked fourth and second on the team, despite his limited participation. UCLA will likely struggle collectively, but Phillips will be a nightmare to defend. 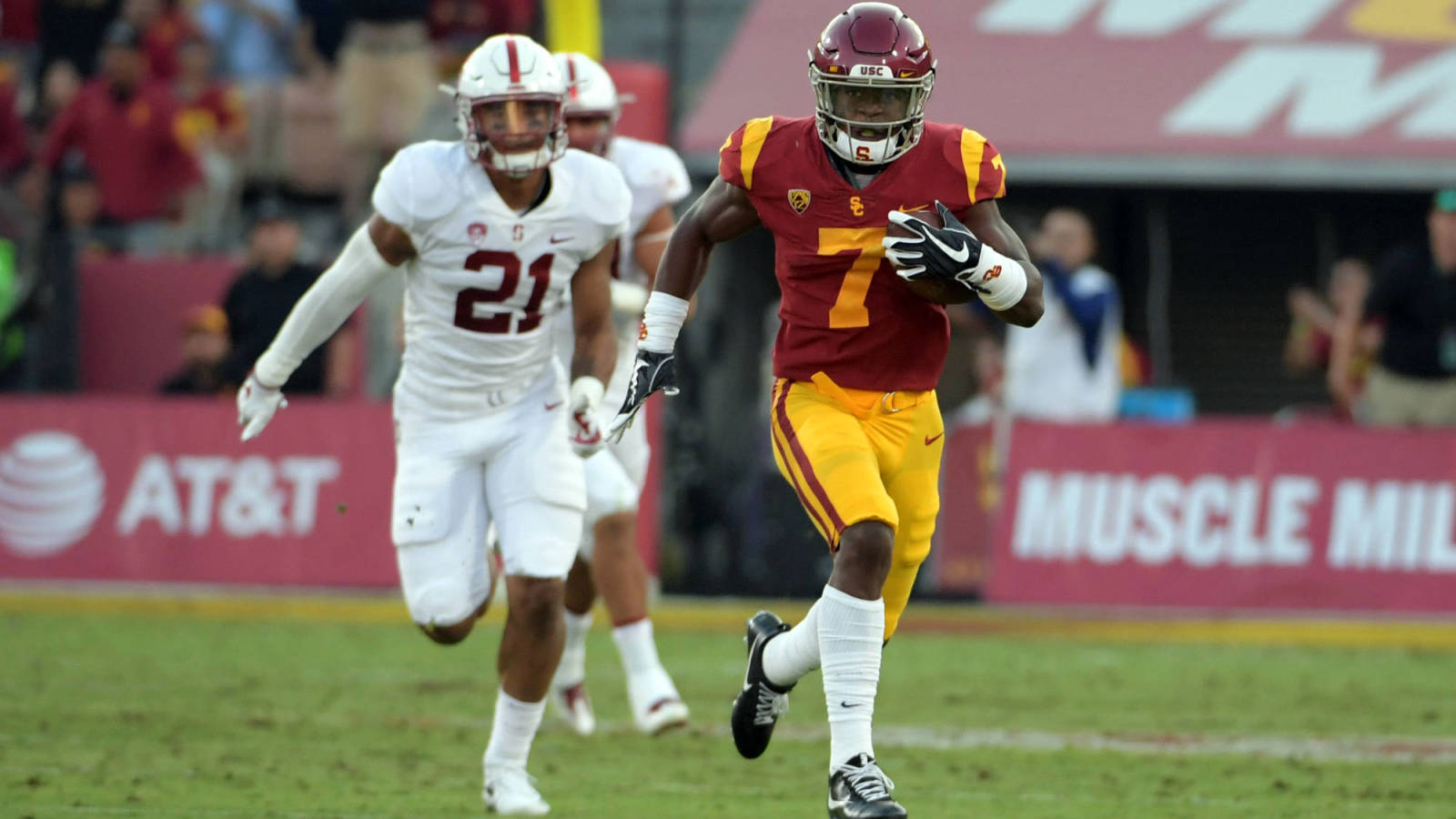 USC’s offensive line has been a problem area for several years, yet Ronald Jones II always put up impressive stats anyway. Following a pair of 900-yard campaigns, he torched opponents for 1,550 yards and 19 touchdowns in 2017. Stephen Carr has the same level of talent. During his debut season, the speedy running back missed four games but tallied 5.6 yards per attempt while gathering 363 yards and three touchdowns. He chipped in 17 catches for 188 yards, as well. The Trojans will lean heavily on Carr as they break in a new quarterback. 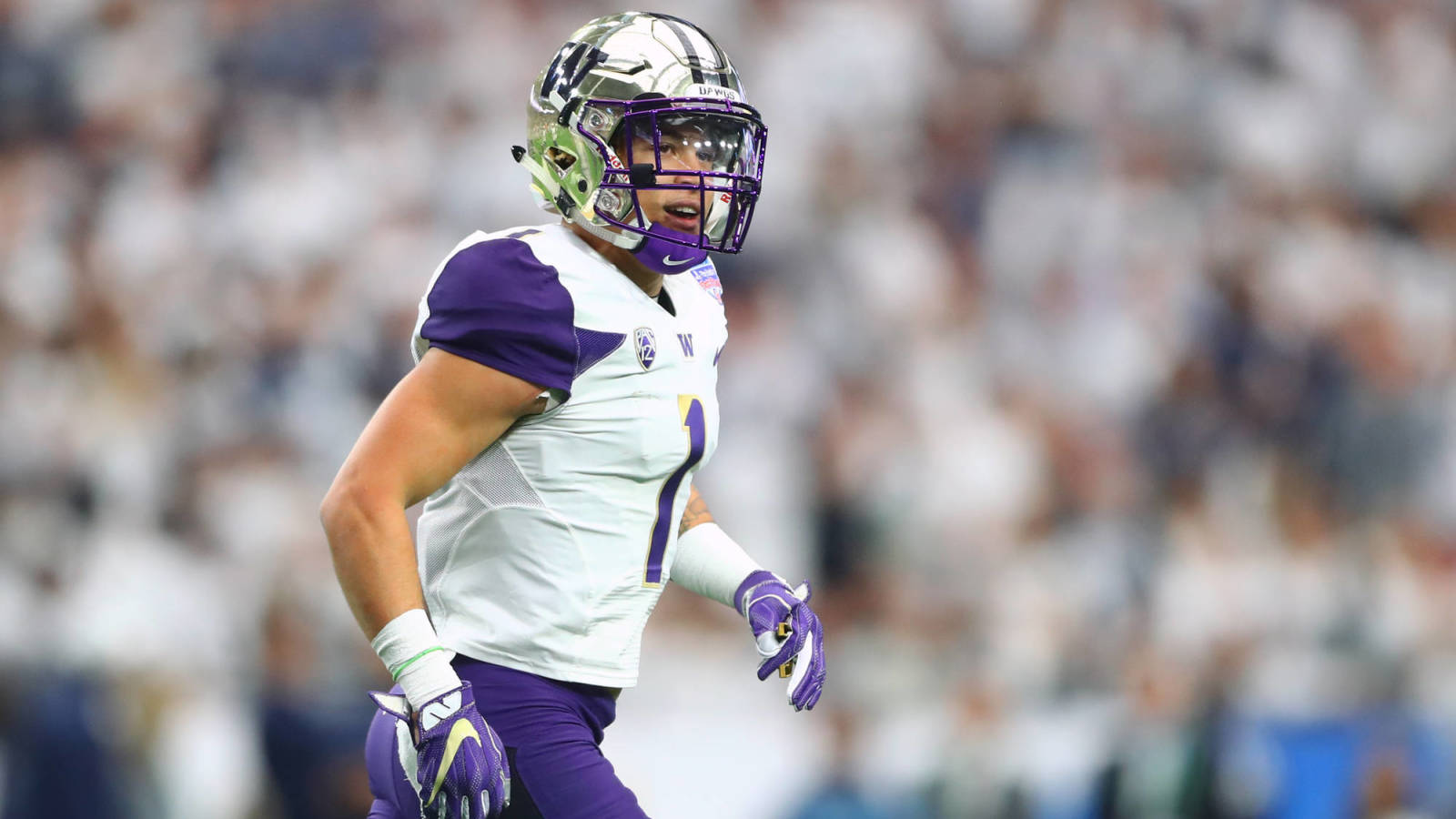 Had the injury bug not bitten Byron Murphy, he might’ve been an All-American last season. In only six appearances as a redshirt freshman, the corner intercepted three passes and broke up seven more. Murphy had built a reputation as a ballhawk during the spring and backed it up. Unfortunately, a broken foot cost him seven games in the middle of the campaign. But now, he’s healthy and ready to highlight a tremendous UW secondary. Throwing on the Huskies will be a monumental task, and a receiver getting the better of Murphy will be a rare sight.

Charles Kelly has to put Alabama’s secondary back in order