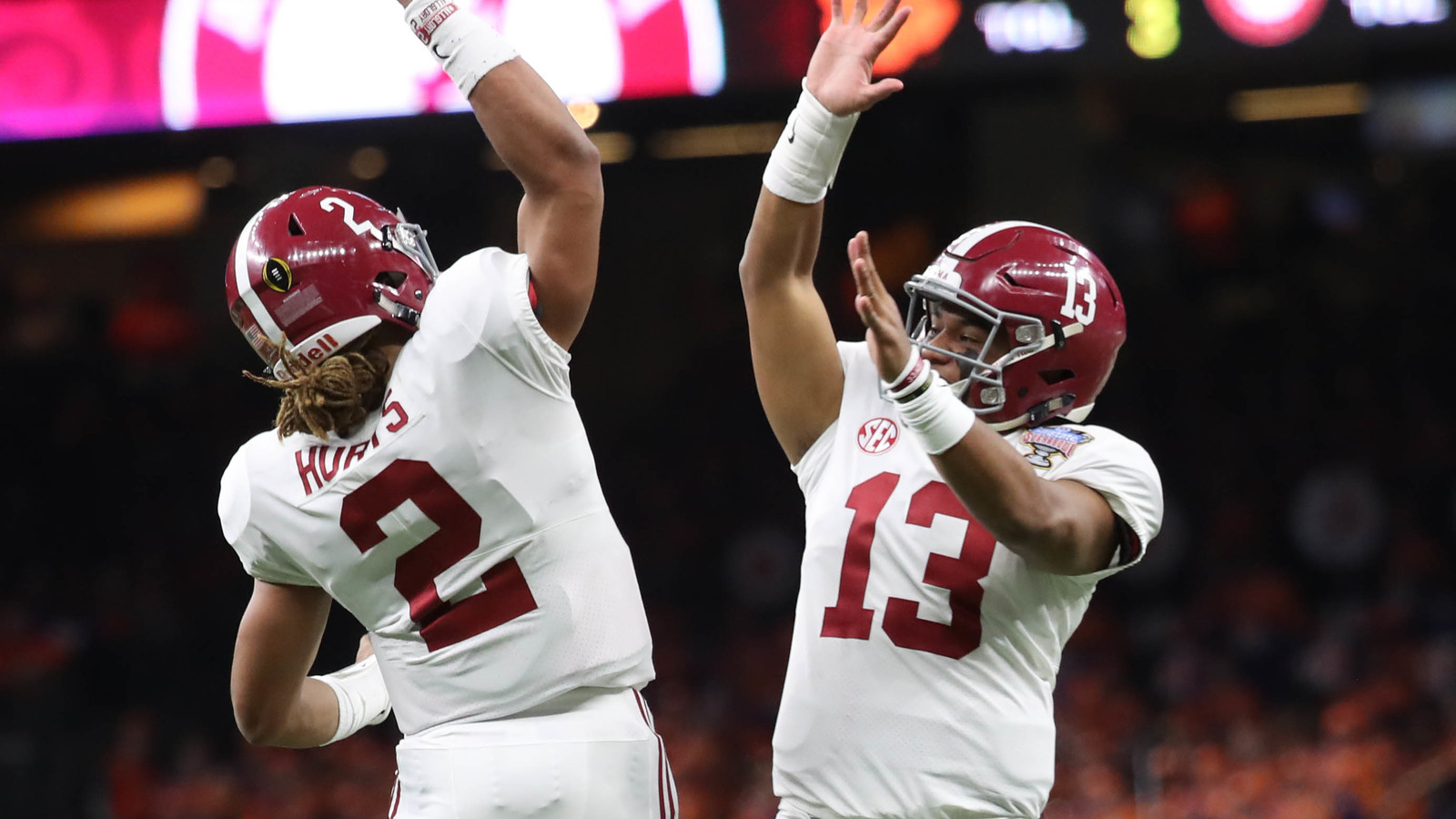 The quarterback compeitition for the Tide has gotten a ton of attention, but keep an eye on some others throughout the game. Kevin Jairaj-USA TODAY Sports

No position on the football field has a greater impact than the quarterback. And as the 2018 season slowly approaches, several of the most respected college football teams have yet to identify which player will be leading the offense.

Interestingly, a handful of programs have a second option with previous starting experience. The incumbent No. 1 might end up being the backup.

Dozens more will have a quarterback battle in fall camp, but the result of these 10 competitions will shape the season. 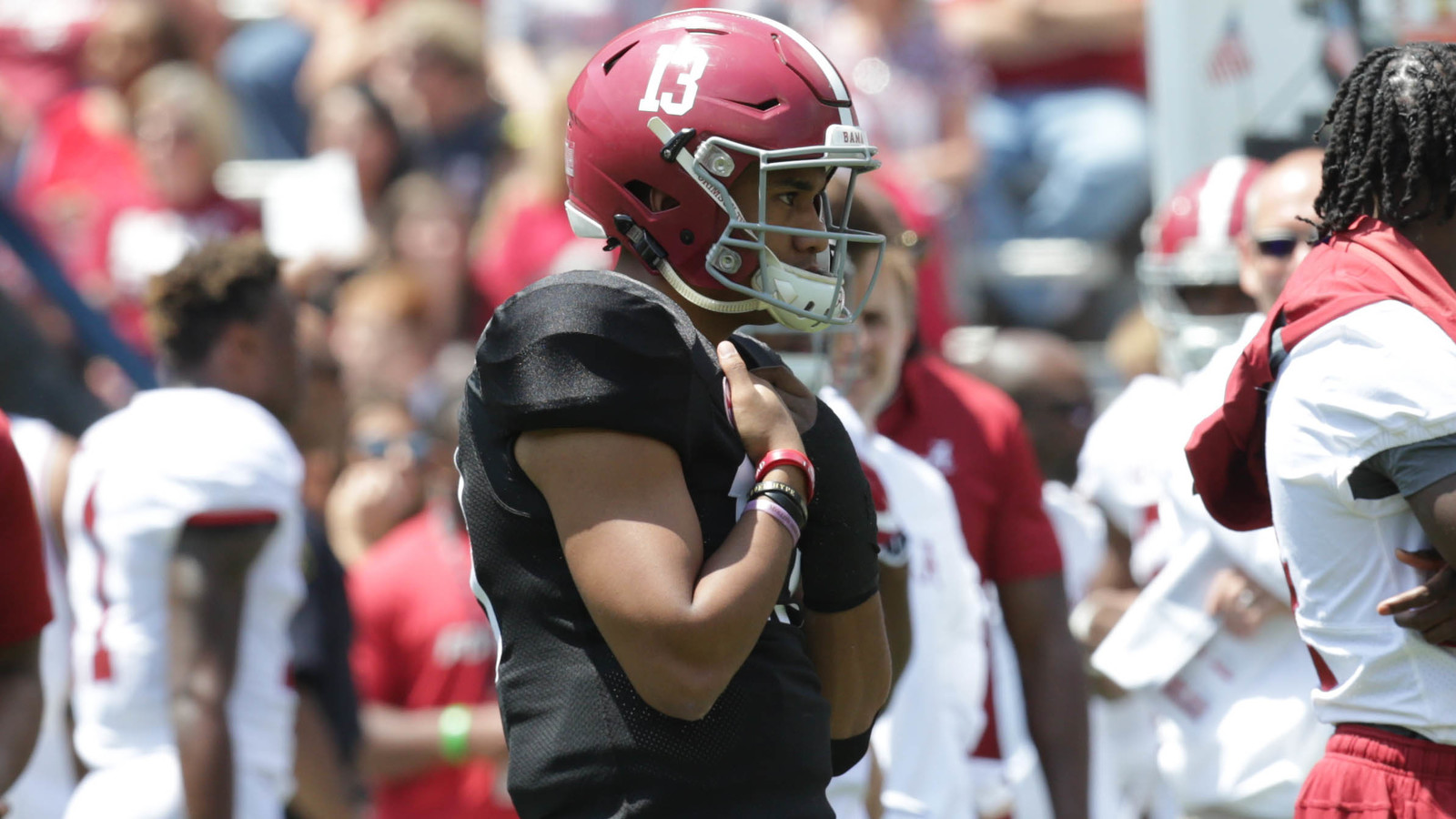 The college football world saw the official beginning of this clash during last season’s national championship. Tua Tagovailoa replaced Jalen Hurts at halftime and sparked a comeback victory for Alabama, which claimed its fifth national title since 2009. The widely held belief is that Tagovailoa will supplant Hurts, who only lost two games as a starter in 2016 and 2017 combined. But after a hand injury limited Tagovailoa during the spring, the competition was effectively delayed until fall camp. 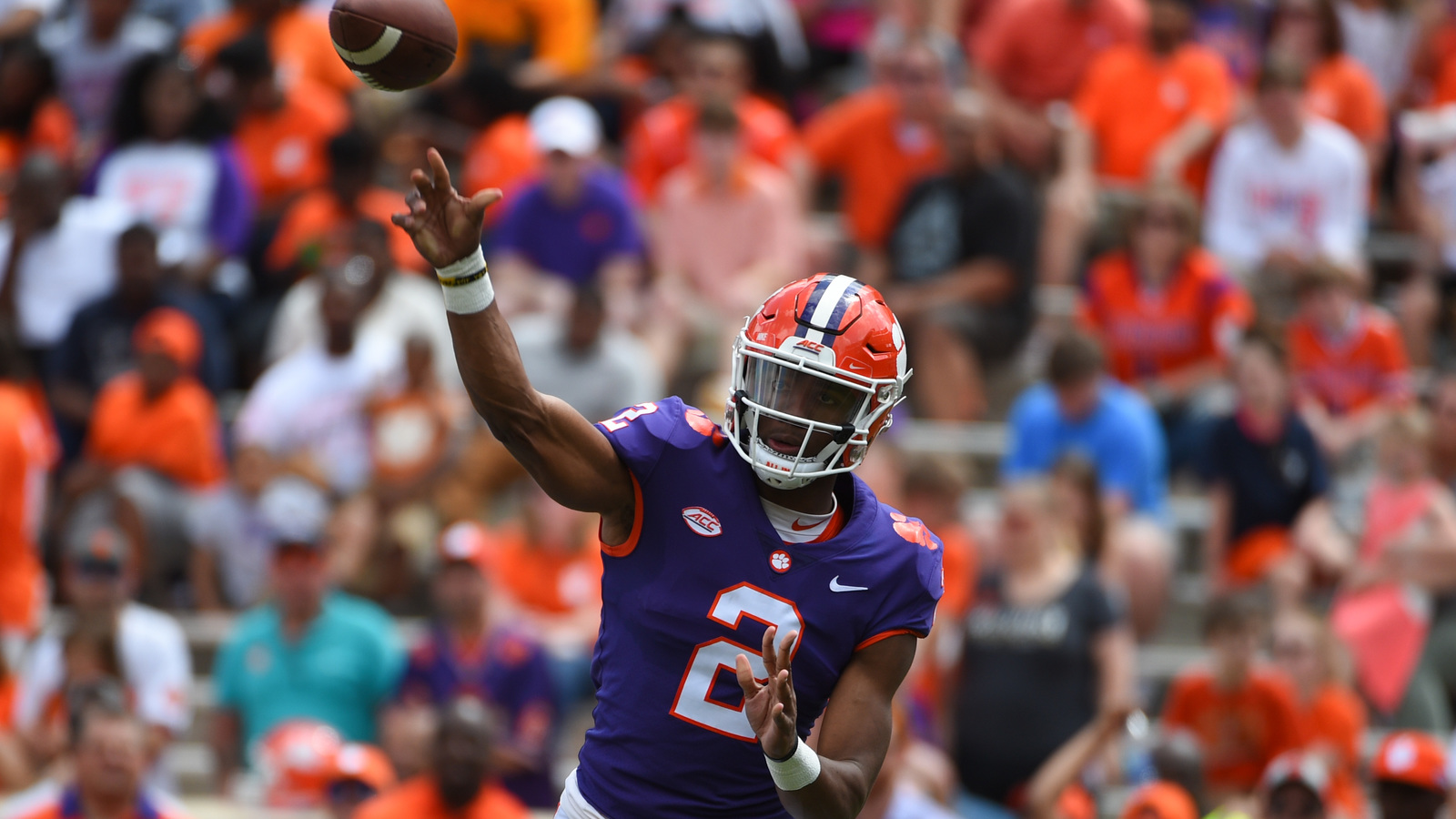 During his first season as a starter, Kelly Bryant guided Clemson to the College Football Playoff. His mobility is far superior to any other quarterback on the roster. But it would be foolish to ignore Trevor Lawrence, whose performance in spring practice effectively pushed former 5-star Hunter Johnson to transfer. Lawrence, a prized 2018 recruit and an early enrollee, broke Georgia high school records previously held by Deshaun Watson. The big-armed, long-haired freshman will push Bryant throughout the season — not only in the summer. 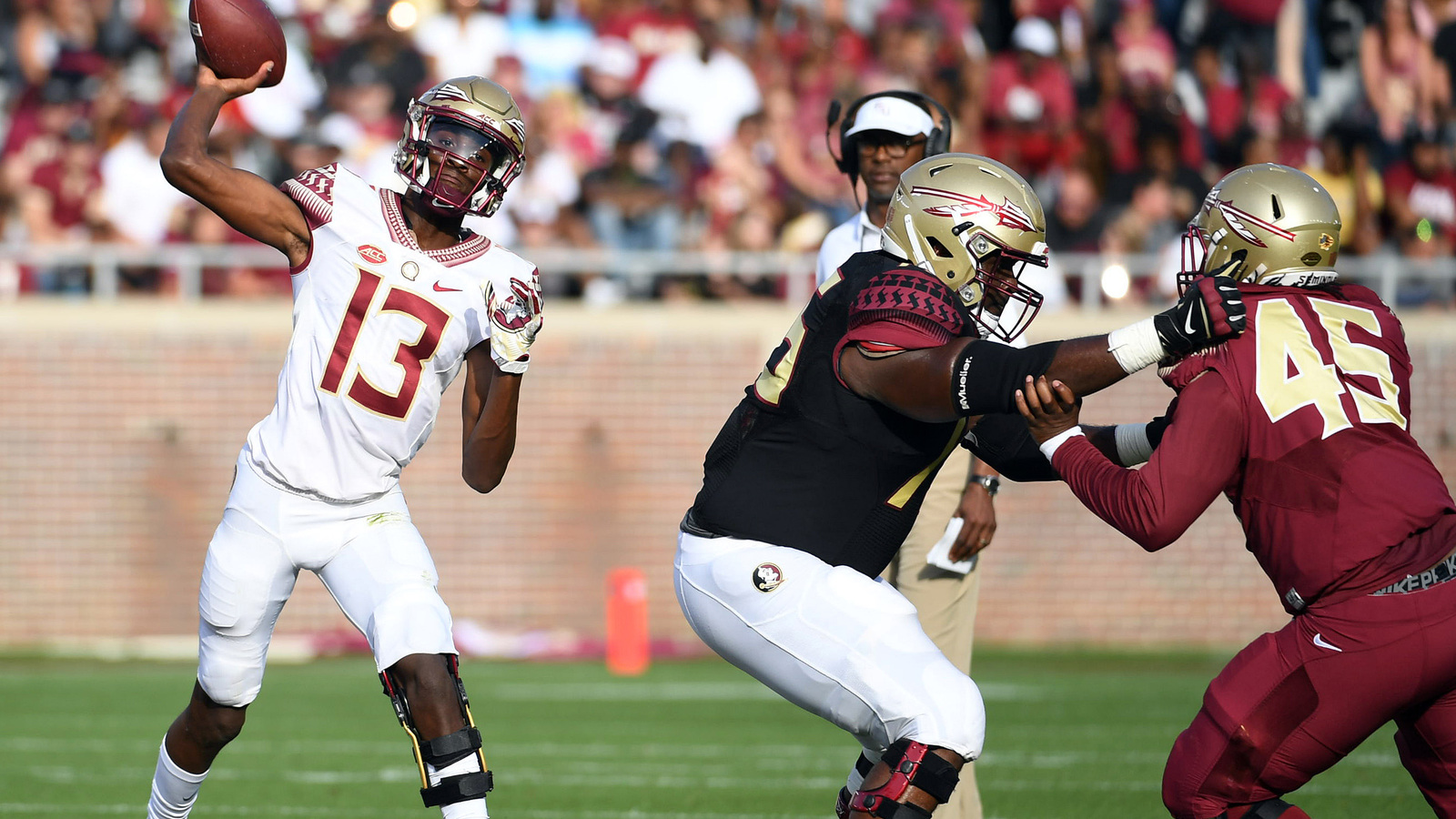 When a torn patellar tendon ended Deondre Francois’ 2017 season, Florida State’s hopes of a championship campaign exited right along with him. James Blackman performed admirably as the replacement — though the Seminoles mustered a 7-6 record — and garnered praise for his vocal leadership. Francois, who was cited for marijuana possession this offseason, has widely been considered the favorite because of his performance in 2016. But when Francois returns to the practice field in August, he won’t be gifted anything over Blackman. 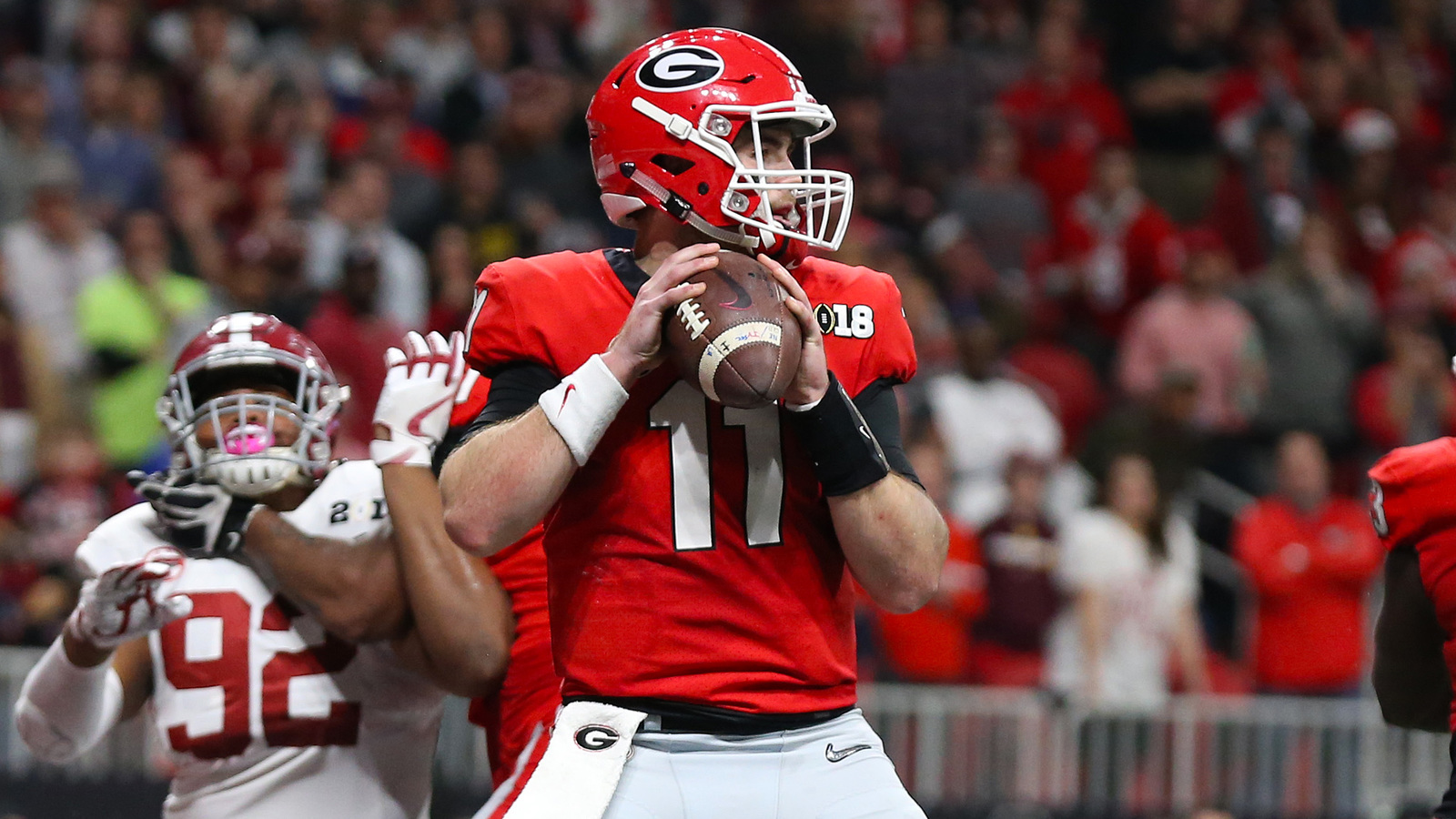 Although Jake Fromm was a top QB prospect, Jacob Eason had little to worry about after starting as a freshman in 2016. Well, you probably know where the story goes. Eason missed time due to a knee injury, Georgia kept winning, Fromm kept playing and Eason eventually transferred. Fromm looks the part of a star quarterback, yet the Bulldogs have another potential standout in dual-threat freshman Justin Fields. Fromm will likely retain his job and lead a championship-caliber team, but Fields will be ready for any opportunity — just as Fromm was in 2017. 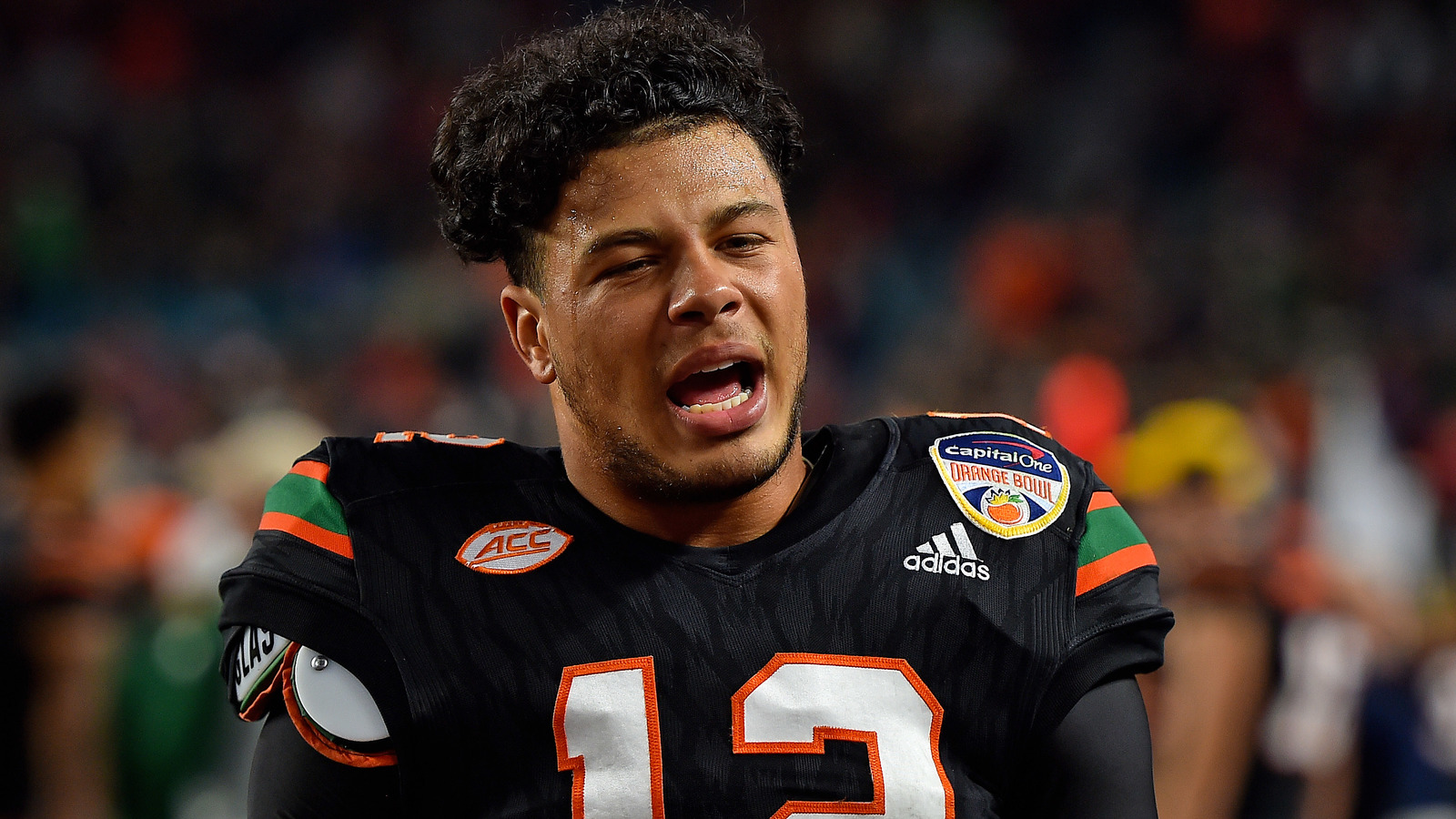 Malik Rosier set a program record with 3,588 yards of total offense and helped Miami climb as high as No. 2 nationally last season. However, his inconsistency ensured the ‘Canes would hold a competition this offseason. Early enrollee Jarren Williams could factor into the race, but redshirt freshman N’Kosi Perry is Rosier’s top challenger. And with LSU looming as the season opener, Mark Richt cannot afford to make the wrong choice. If Miami wins that matchup, it could contend for a New Year’s Six bowl game. Otherwise, the Hurricanes won’t be more than a threat in the ACC. 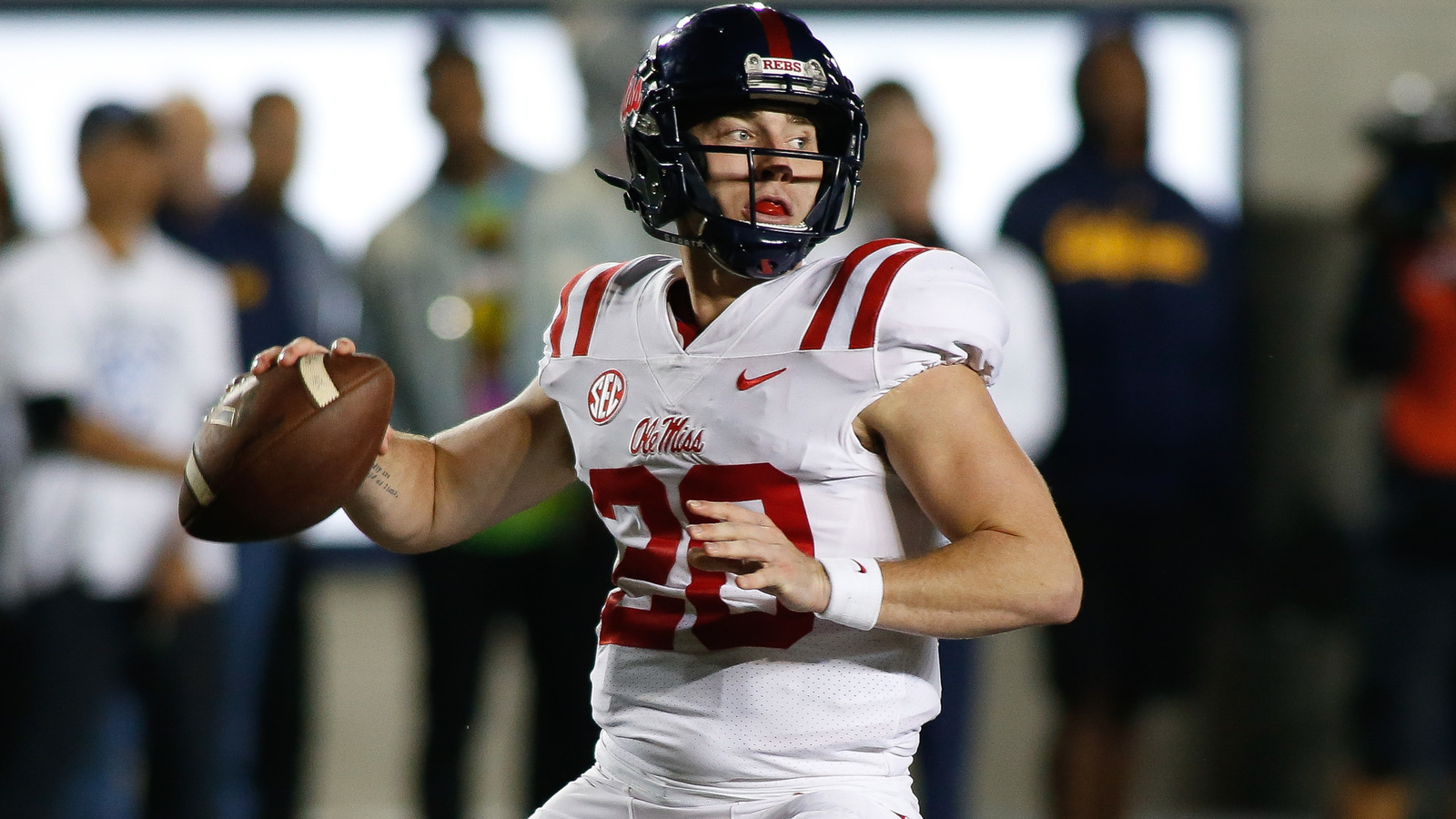 While their neighbors to the south are settling on Dwayne Haskins as the starter, Michigan is working to choose between a trio of highly recruited players. Ole Miss transfer Shea Patterson highlights the group that also includes Brandon Peters and Dylan McCaffrey. Offense has been the Achilles heel for the Wolverines through all three seasons of Jim Harbaugh’s tenure, but with this collection of talent, there’s no excuse for anything less than significant improvement. The defense will be elite; can the offense be above average to lift Michigan past Ohio State? 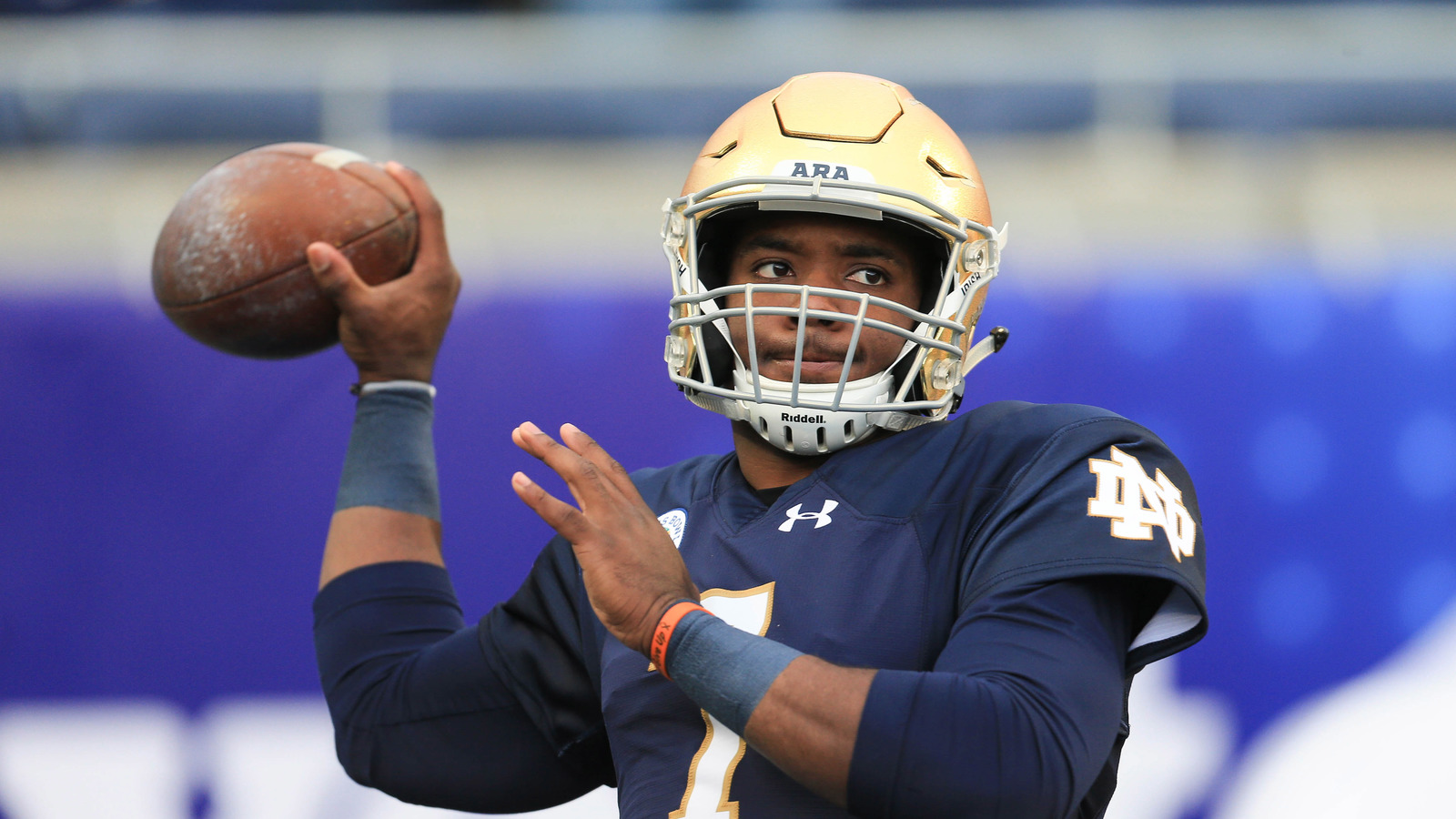 Brandon Wimbush accounted for 30 touchdowns in his first year as a starter, but his late-season struggles opened the door for Ian Book. Though the backup flailed against Miami, he engineered a comeback to defeat LSU in the Citrus Bowl. While that’s nowhere close to enough success to suggest he should replace Wimbush, Book will have a legitimate chance to unseat the incumbent. Wimbush does have an athletic edge as a dual-threat quarterback, but the senior’s accuracy must be improved for Notre Dame to hold off Book and avoid more letdowns against top competition. 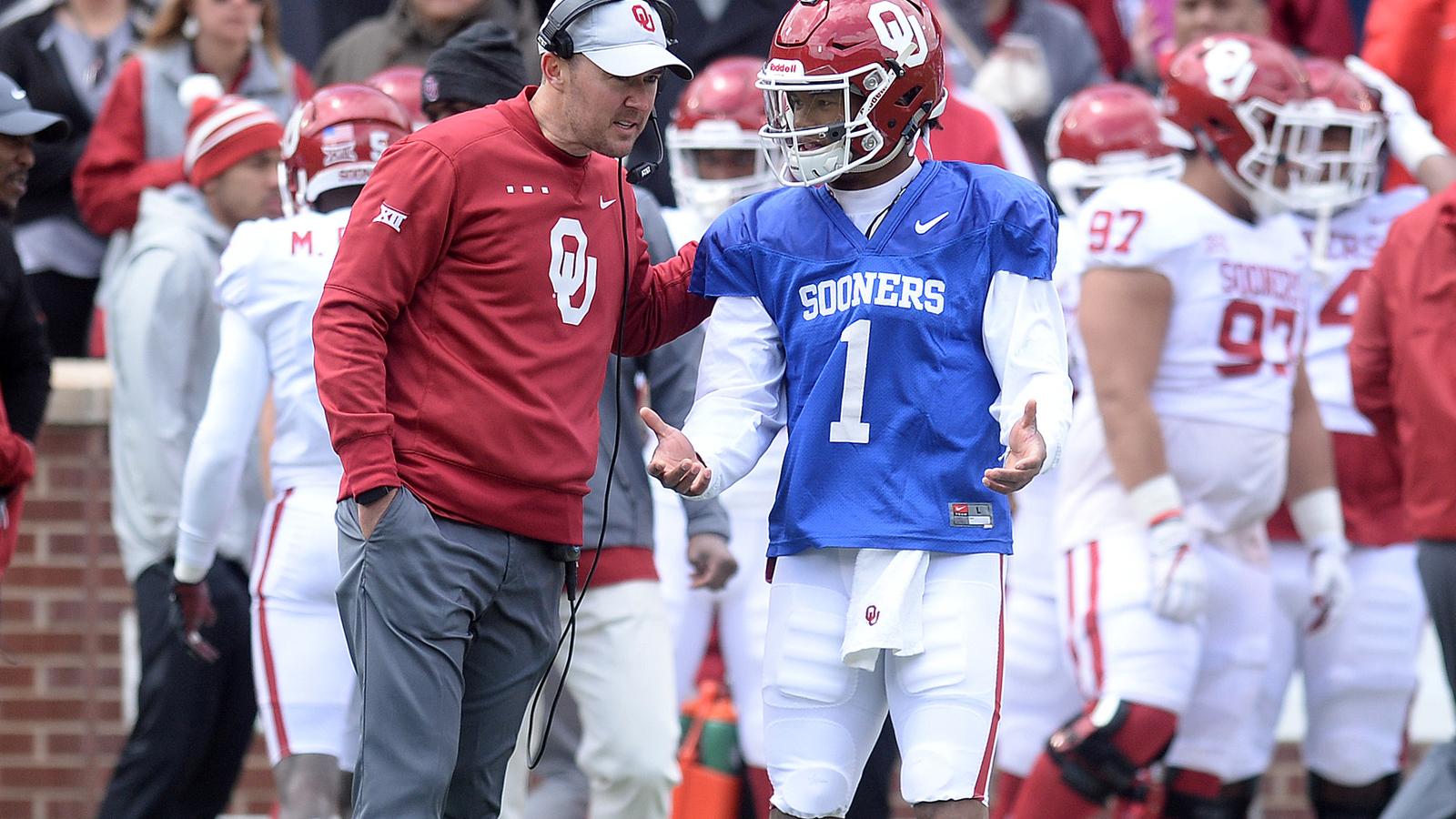 Head coach Lincoln Riley says he’s making no assumptions about the quarterback battle between Kyler Murray and Austin Kendall. That’s OK, we’ll take care of it. Murray is the likely successor to Baker Mayfield, who hoisted the 2017 Heisman Trophy. That is, if Murray — a valued baseball prospect — picks the gridiron over the diamond. Should that happen, Oklahoma will be labeled a championship contender in 2018. But if Kendall is behind center for the Sooners, their outlook could change dramatically. 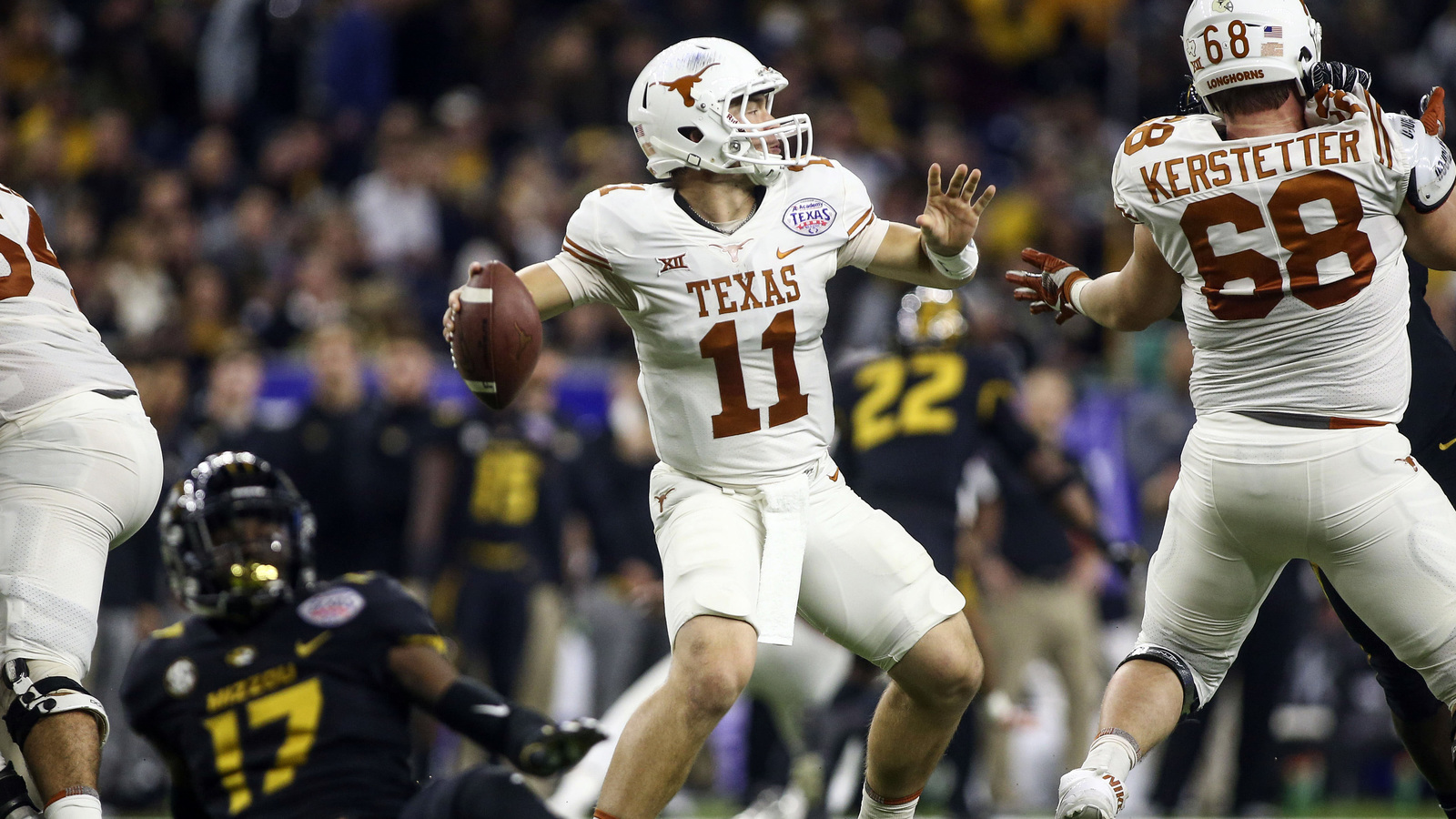 Shane Buechele provided scattered glimpses of promise as a freshman in 2016. However, injuries and coaching indecision led to the Longhorns wavering between him and Sam Ehlinger. The latter quarterback is the early favorite for 2018 — especially because he’s a more mobile threat — but Buechele’s experience should not be discounted. Since the opening half of the schedule contains Maryland, USC, TCU, Kansas State and Oklahoma, Tom Herman and Co. have a razor-thin margin for error when making this decision. 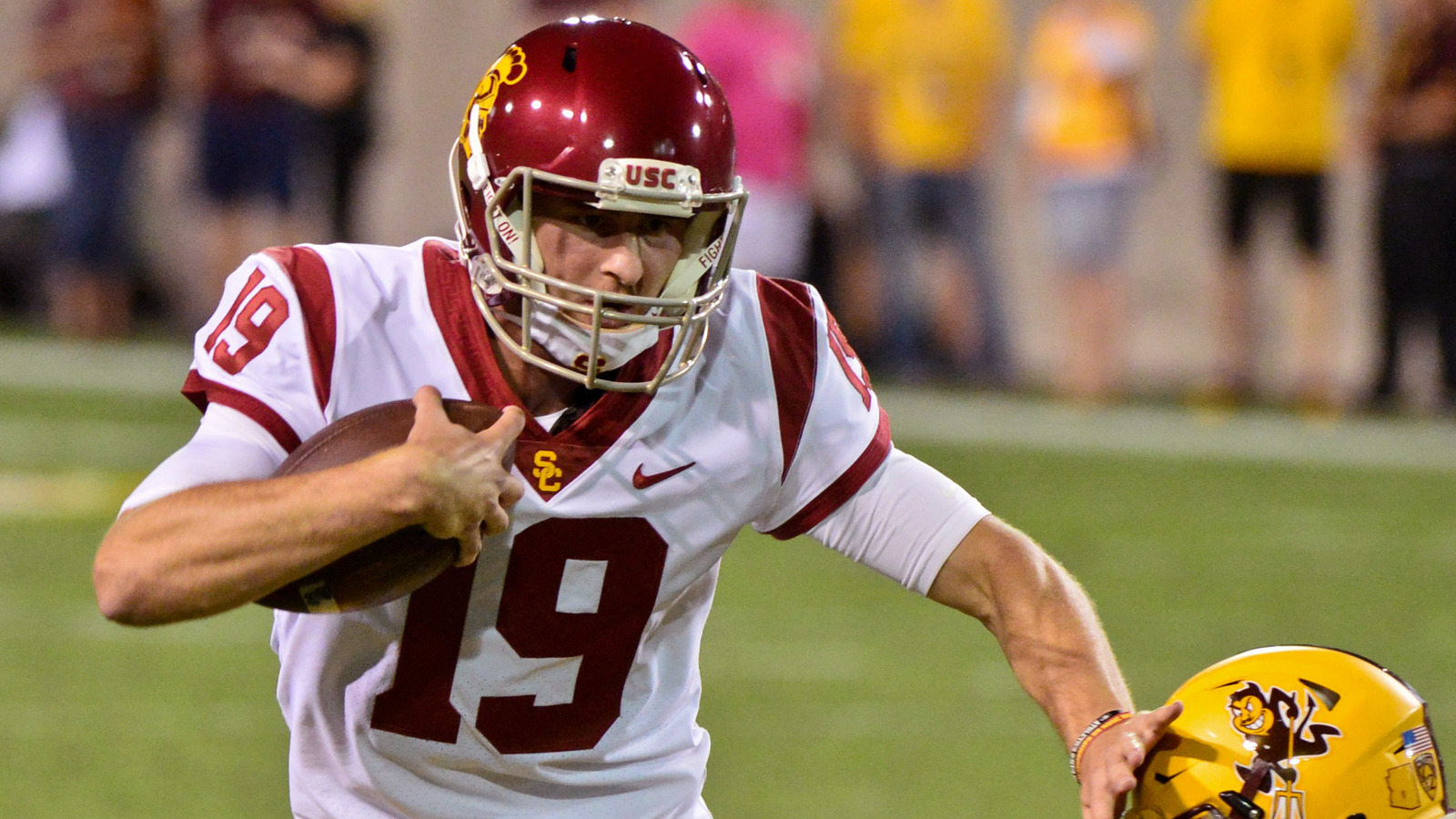 Gone is Sam Darnold, a two-year starter and the No. 3 overall pick of the 2018 NFL draft. His backup, Matt Fink, is the most experienced returning option, while Jack Sears and incoming prospect JT Daniels give USC a three-man battle. Similar to Texas, the beginning of the schedule puts extra pressure on the eventual choice. The Trojans play Stanford, Texas, Washington State and Arizona — three of which are on the road — before the end of September. National championship hopes are slim anyway, but USC could be fighting for its Pac-12 life right away.