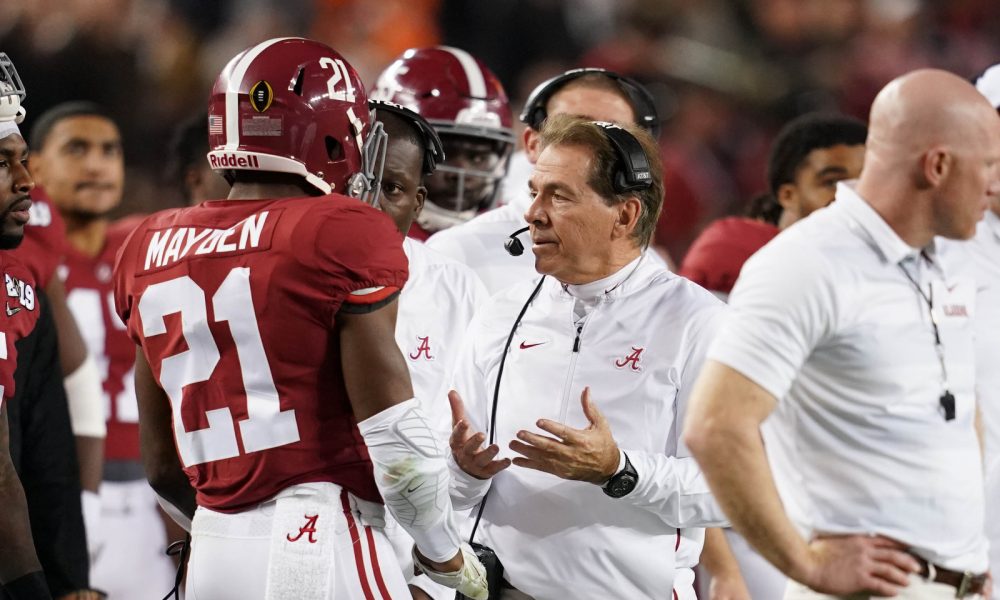 He mentioned on Wednesday that he is not for the “Poor Me” movement when it comes practicing under tough conditions; however, Nick Saban is a huge proponent of seeing players prove they deserve a starting job on either side of the football for the University of Alabama.

As a returning senior, Jared Mayden is one of five guys in competition to start at free safety – opposite Xavier McKinney. Mayden, a former four-star from Texas, arrived on campus in the 2016 recruiting class and has 23 career tackles. The 6-foot, 200-pound defender totaled 18 tackles last season and posted two pass breakups, one tackle for loss and one sack.

While possesses the skill set of a hard hitter, the ability to defend pass patterns and lock on to some of the elite receivers in college football is the next phase for Mayden.

In coming behind Eddie Jackson, Minkah Fitzpatrick and Deionte Thompson, he has to show Saban and the coaching staff that he can create turnovers and generate points off the takeaways for the Tide.

With one scrimmage in the books and another one schedule for Saturday, Saban is seeing more focus and effort from Mayden in terms of playing with toughness.

“Jared has done a really nice job for us,” Saban said Wednesday.

“He showed up in the first scrimmage and played really well. He did a great job of tackling and he has been pretty consistent. I think he has a better understanding of what is expected of him.”

Although he is encouraged with Mayden’s progress, the 67-year-old also knows that four other players look to beat him. Daniel Wright, who has exceptional range, is coming off shoulder surgery and must remain on Saban’s good side.

Listed at 6-foot-1 and 190 pounds, the former four-star from Florida is highly talented yet he needs to stay healthy and show it on the field.

The trio of sophomore Eddie Smith and two incoming freshmen – DeMarcco Hellams and Jordan Battle – this summer have a battle on their hands. Smith, a three-star from Louisiana, is the sleeper of the group while Saban is very excited for the arrivals of Hellams and Battle.

Both guys are four-stars with size, playmaking abilities and hunger to pass up veterans ahead of them.

He is over the suspension he served in the first half of the 2018 Southeastern Conference Championship Game versus Georgia; nevertheless, it is time for Mayden to show he is the next safety prepared for the National Football League.