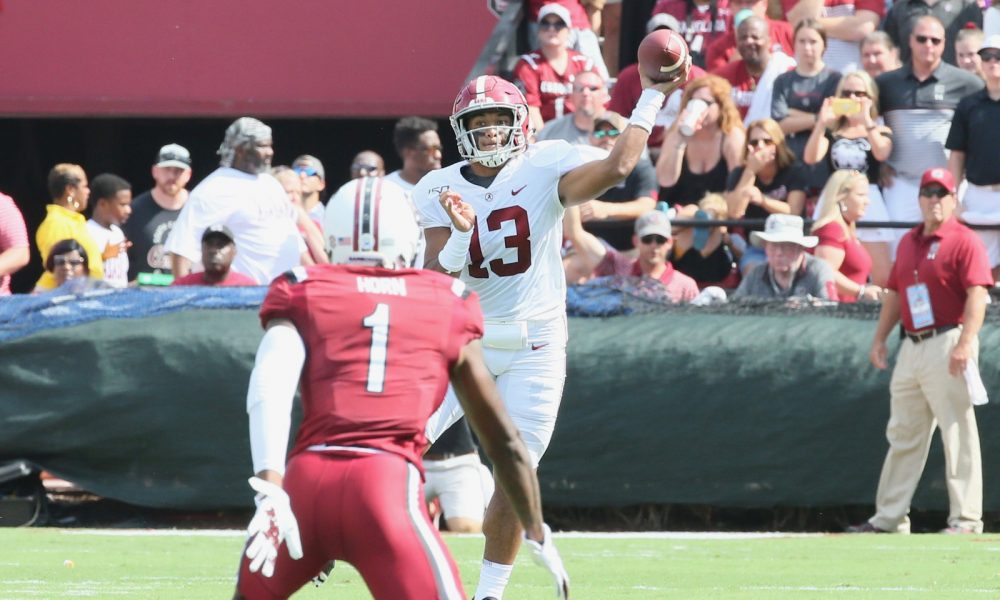 His main focus will be to win all medical assignments at the NFL Combine, but it would be difficult to see Tua Tagovailoa fall out of the top five of the NFL Draft – if all things check out.

Every pro team knows what he is capable of and aside from making sure he’s cleared from the medical aspect, the former Alabama quarterback will also meet with a few teams and participate in interviews. He was a legend in his three years with the Crimson Tide, helping the program capture a Southeastern Conference Championship in 2018 and a College Football Playoff National Championship as a freshman in 2017. His output of 3,966 passing yards with 48 total touchdowns as a sophomore was good enough to earn him runner-up to the Heisman Memorial Trophy and All-American honors.

Tagovailoa also took home the SEC’s Offensive Player of the Year award for his performance. The native Hawaiian ended his tenure ranking first all-time in school history for touchdown passes (87) and total touchdowns (96).

On Wednesday, yours truly of Touchdown Alabama Magazine released my first mock draft via In My Own Words.

While I have five Tide prospects as first-round locks, Tagovailoa is the headliner of the group.

Check out the video below of where he stands.